Top 10 Most Expensive Paintings In The World 2022

Have you ever wondered how much the world’s most expensive painting costs? Many paintings have a price tag of over $1 million, but there are some artworks that are extremely expensive, with prices starting at USD 100 million for a single painting.

It’s tough to appreciate these great masterpieces of painting because practically all of the authors of the most costly paintings ever sold have died and will never be able to make anything like this again. As a result, the value of these artworks continues to rise over time. As a result, we present to you a list of the top ten most expensive paintings in the world. 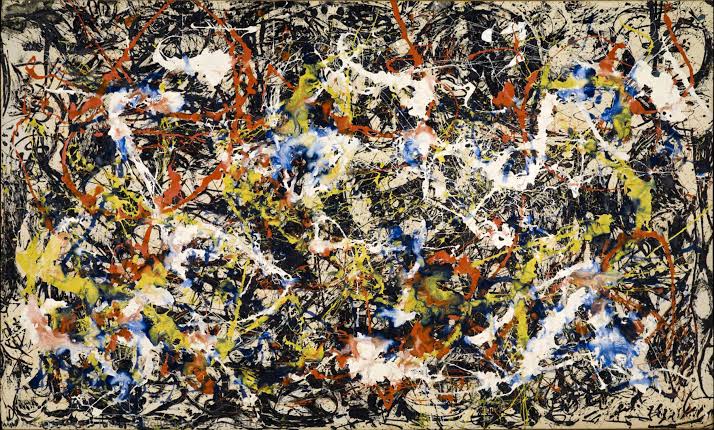 When David Geffen sold the no. 5, 1948 drip painting to David Martinez in 2006, the price was USD 140 million. This sculpture, which was created on an 8 by 5 foot fibreboard, reflects Pollock’s unique dripping technique, which was used by one of the greatest abstract expressionist painters of all time.

It’s a classic Pollock work, not very accessible to the general public yet pivotal in the development of modern art. 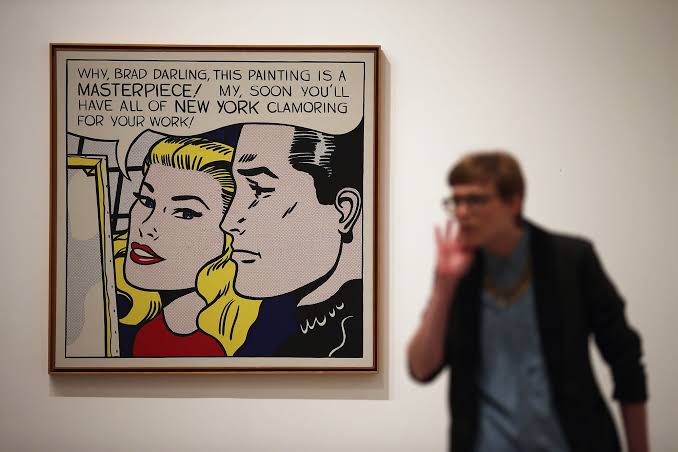 Roy Lichtenstein was a pioneer of the pop art movement, which deflated the macho aura of American art and generated something more realistic and approachable. His most well-known work, the Masterpiece (1962), incorporates classic pop art motifs such as Ben-Day dots and speech balloons into a comic-strip narrative.

Lichtenstein’s art was based on a comic-book look and appealed to the general public, something that continues to divide critics today. 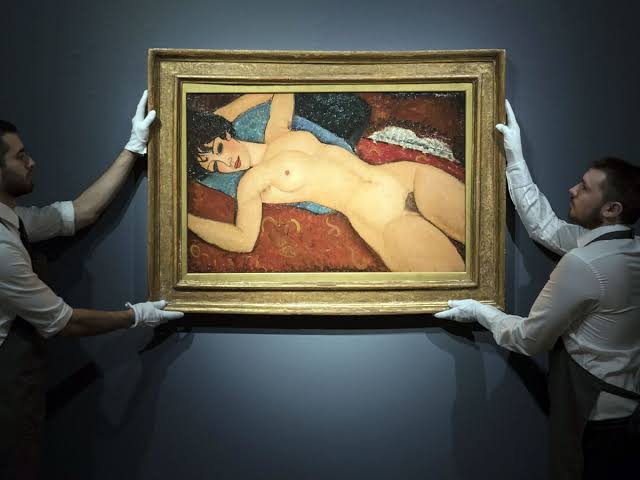 Nu Couché, also known as the Red Nude or the Reclining Nude, is an oil-on-canvas painting by Amedeo Modigliani, created in 1917. The Nu Couché is a flawless fusion of classical idealism and modern-day sensuality, and is often regarded as the painter’s magnum masterpiece. The image of the naked woman sleeping on the couch appears erotically realistic, but it also has a surreal, almost transcendent beauty that takes the observer by surprise.

The painting is one of 22 in a series, with the majority of them on display in the Metropolitan Museum of Art and the Solomon R. Guggenheim Museum in New York, the Courtauld Institute of Art in the United Kingdom, and the Long Museum in Shanghai.

The master’s Les Femmes d’Alger Version O set a global record for the most expensive painting ever sold at an auction when it sold for USD 179.4 million in 2015. This picture is the climax of Picasso’s 15-work series on Women of Algiers, which was inspired by the 19th-century Spanish master Eugene Delacroix.

This sequence of works by Picasso, titled A to O, is part of a larger body of work dedicated to painters he liked, in this case, French painter Eugène Delacroix. 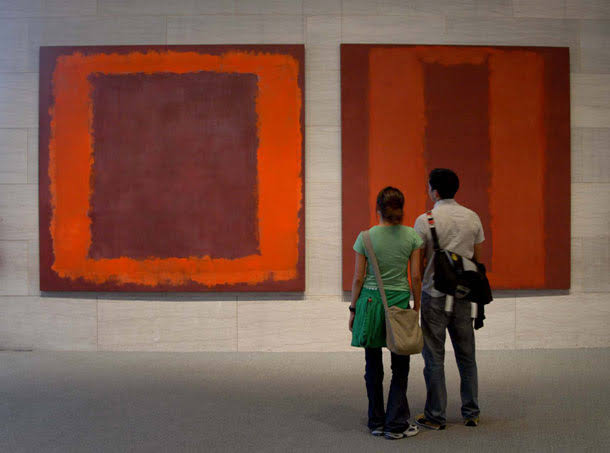 Mark Rothko, a pioneer of abstract expressionism and a Russian-born American painter, was born in the United States. Large canvases and horizontal bands of vivid colors characterize Rothko’s approach. Violet Green Red is given an ambiguous moniker so that viewers can create their own opinions.

Rothko created a painting with the primary purpose of appealing to man’s primal emotions, like he did with all of his other works. 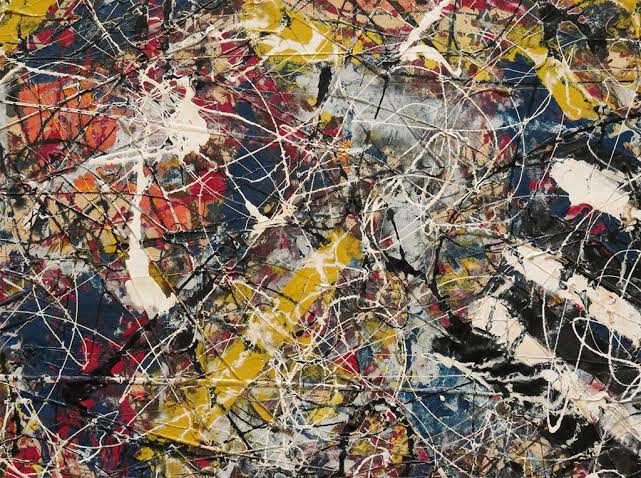 Abstract expressionism is a post-World War II art trend that focuses on subconscious and spontaneous invention. Jackson Pollock’s work belonged to this school of painting, and his dripping paint method was influenced by André Masson and Max Ernst, among others.

The artist employed his own unique manner of spraying paint onto the canvas, a technique known as ‘action painting’ according to art historian Harold Rosenberg. 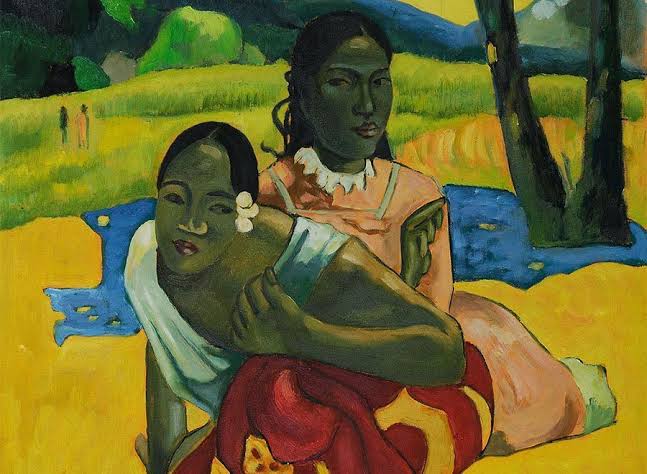 The most expensive painting in the world is currently Paul Gaugin’s 1892 picture. In February 2015, his painting of two Tahitian girls set a new world record when it was purchased for USD 300 million by the Qatar museums from a private Swiss collector, Rudolf Staechelin.

Paul Gauguin was famed for his gorgeous girl portraits and romanticized depictions of Tahiti’s island paradise. Tehamana, the artist’s 13-year-old wife, is one of the girls featured in the picture. 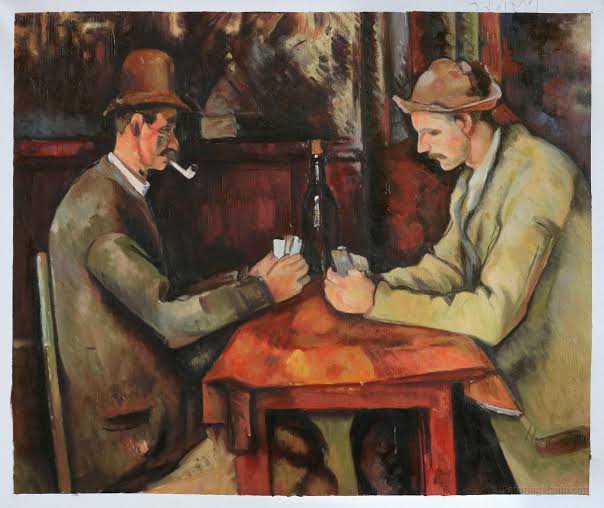 Before the sale of When Will You Marry in 2015, this picture held the global record for most expensive painting. In 2011, the Qatari royal family purchased the Card Players from Greek shipping billionaire George Embiricos for a stunning USD 274 million. This painting is one of those timeless images that you can’t help but recognize.

Qatar Museums now owns this piece of art. Paul Gauguin was famed for his gorgeous girl portraits and romanticized depictions of Tahiti’s island paradise. Tehamana, the artist’s 13-year-old wife, is one of the girls featured in the picture. 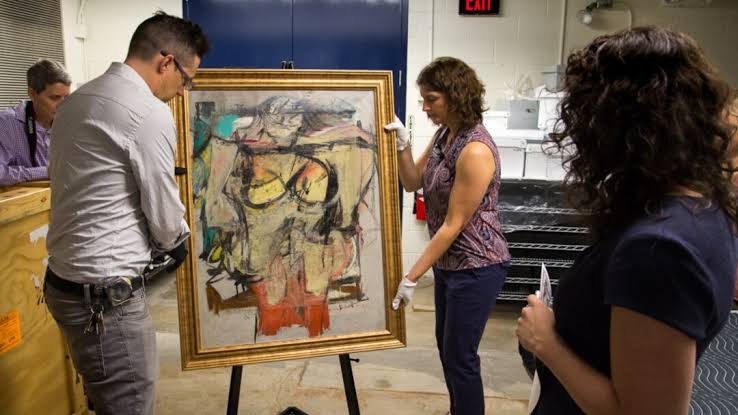 William de Kooning, Dutch-American painter who belonged to the abstract expressionism school, painted Interchange or Interchanged on an oil canvas. The painting was the first of De Kooning’s abstract landscapes, and it was influenced by Franz Kline’s artistic style. It was completed in 1955. The abstract female forms have occupied Kooning for the majority of his career, which he has spent analyzing and reworking.

The exchange took place at a period when both the artist’s private sphere and the art world as a whole were undergoing a slow but significant transformation. De Kooning was financially secure and had the freedom to make new professional and personal decisions. As a result, he shifts away from his impulsive, wild paintings and toward more stable, serious, and tamed landscape works. 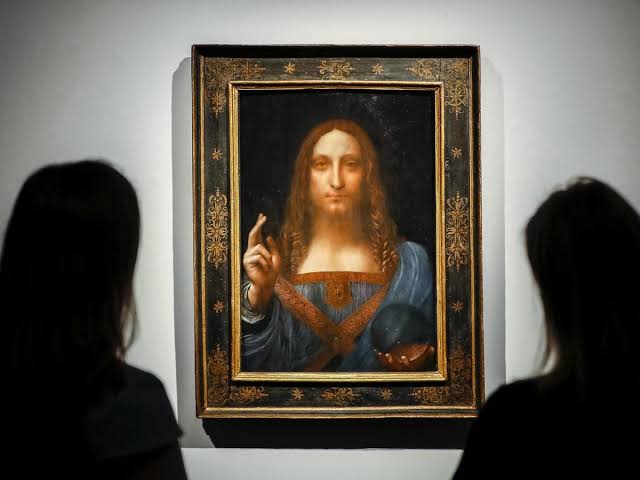 Leonardo da Vinci is said to have painted Salvator Mundi, or Saviour of the World (many critics believe otherwise). Jesus Christ is depicted in Renaissance clothing, offering benediction with his right hand uplifted with two fingers crossed and a crystal ball in his left hand.

The crystalline spheres of the heavens symbolized by the glass globe in his palm — Christ is depicted as the world’s rescuer and master of the cosmos. Despite the fact that Leonardo was a devout Catholic, he departed from the typical representations of brass/golden globes with a crucifix affixed to the crystal sphere.