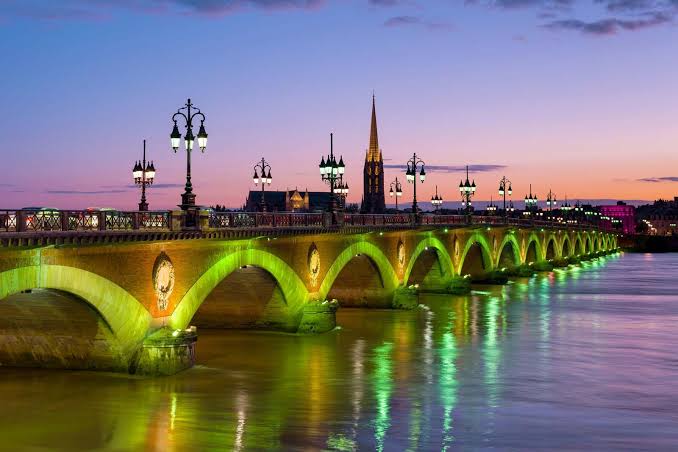 France would undoubtedly be on the bucket list of any serious traveler. Making a destination decision is the toughest hurdle. In France, the country of love and romance, there are plenty of sites to see. Additionally, it is the home of powerful and exquisite wine, unusual cheeses, and mouthwatering pastries. Or simply the delight of hearing native speakers say love.

Because of its distinctive six-sided design, the French affectionately refer to their beloved country as “l’Hexagone.” The sun-drenched, leisurely Provence, the luxurious, stunning Côte d’Azur coastline, and the picturesque Alsace, a pastoral region where storybook hamlets are hidden in the vine-covered rolling hills, each part of France has its own distinct personality.

For a first visit to France, Paris and Versailles are a must-see. Other traditional travel routes include visits to opulent beach resorts, fanciful castles, and magnificent Gothic churches.

In the countryside, you can find more off-the-beaten-path experiences, like at farmhouses in Burgundy, fishing communities in Brittany, and little towns in the Pyrenees Mountains’ forests.

France provides several tourism attractions, from elegant towns to pure natural areas. Check out our list of the top France tourist destinations to learn more about this intriguing and diverse nation. 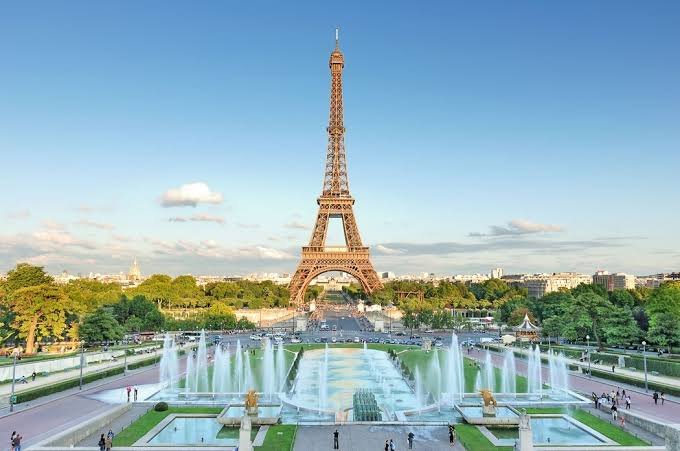 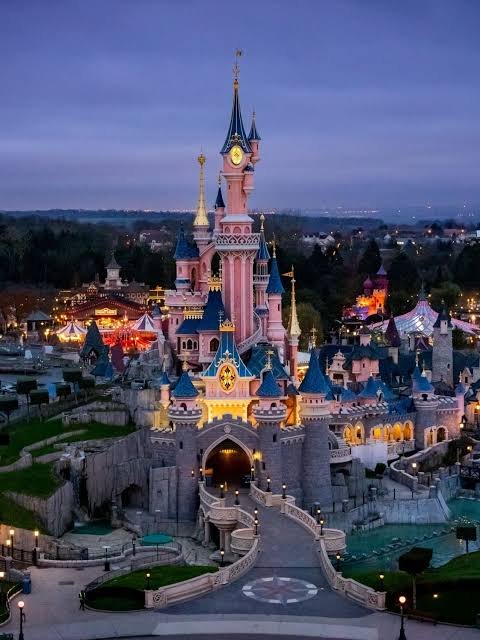 Paris is the most popular tourist destination in the world, drawing more than 45 million tourists a year. Paris, the capital of France, is known as the City of Lights, the City of Love, and the Capital of Fashion. It is renowned for its romantic ambiance, gastronomy, fashion, and art.

While the city of Paris is divided into 20 distinct neighborhoods, or arrondissements, each with its own unique personality and attractions, the Eiffel Tower, Arc de Triomphe, Versailles Palace, Sacre-Coeur, and Notre Dame Cathedral are among its most recognizable structures. The Louvre Museum and Musee d’Orsay are only two of the world’s best museums that can be found in Paris. Additionally, Paris is home to stunning parks like the Luxembourg Gardens. 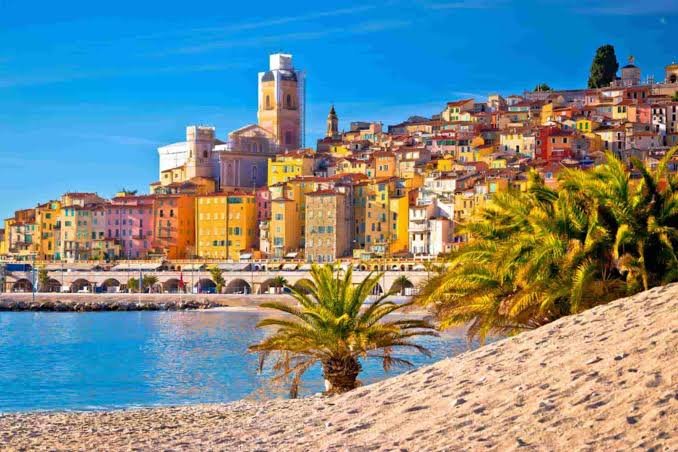 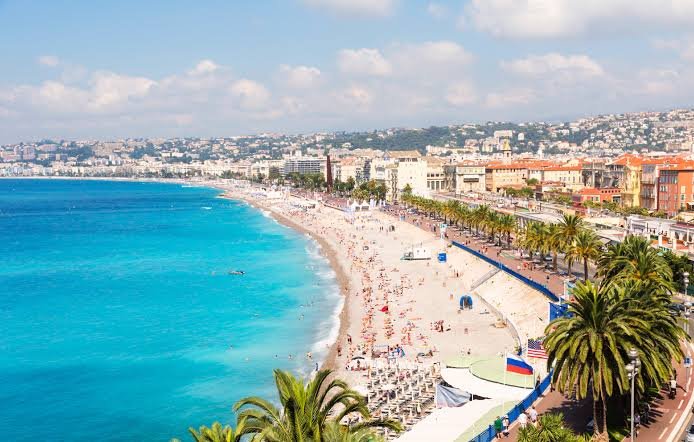 The French Riviera (Cote d’ Azur), which is situated on the French side of the Mediterranean Sea, is a popular destination for celebrities, the wealthy, and large numbers of tourists. Although there isn’t a defined border, it is often seen to go from the French border with Italy in the east to Saint-Tropez, Hyères, Toulon, or Cassis in the west.

The Riviera is recognized for the splendor of St. Tropez, Monaco, and the Cannes Film Festival, but there are many other lesser-known places to visit, like the perfumeries of Grasse, the perched villages of Eze, and Saint-Paul de Vence. Many well-known artists, including Picasso, were inspired by the Riviera, and many of their works are on show in the area’s museums and art galleries.

Despite being one of the more northern Mediterranean shores, the area has a great mild to warm climate all year round. 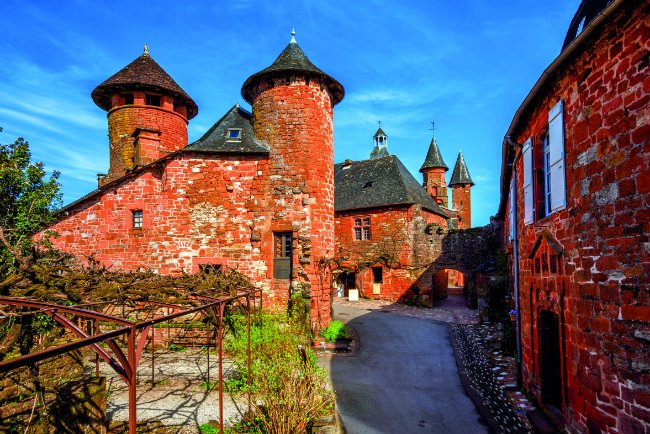 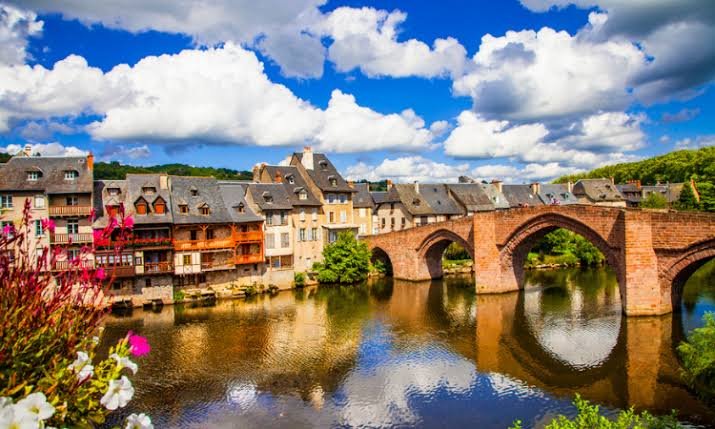 You won’t be able to see everything you want to see in the picturesque Dordogne region of southern France unless you have weeks or months to spare. Starting with picture-postcard villages and chateaus, such as the impressively preserved Chateau de Baynac, there is simply so much to see and do here.

The Dordogne River runs through the countryside, which is also quite stunning. The best prehistoric cave art in France is found in the Dordogne. Animals dominate the murals at Lascaux. Sadly, they are no longer open to the public, but a reproduction is worth visiting. 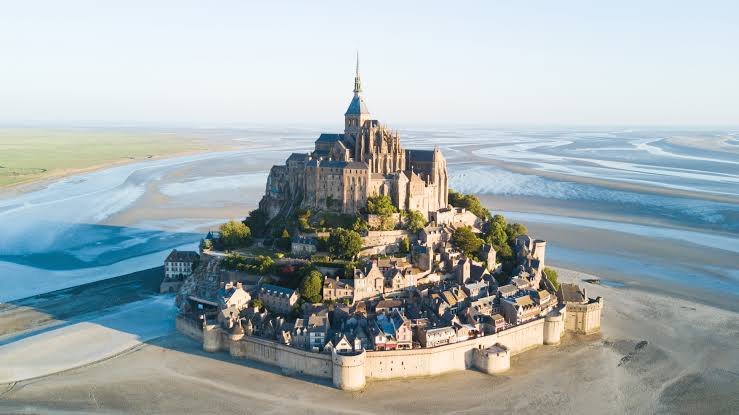 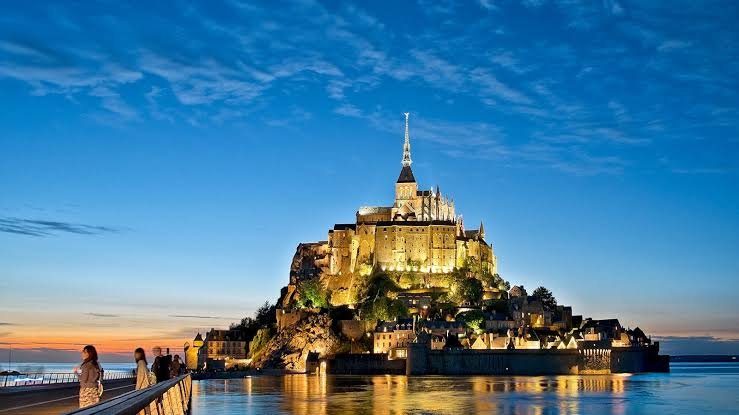 The rocky island of Mont Saint-Michel, off France’s northwest coast in Normandy, rises up from the middle of extensive mud flats and some of the strongest tides in Europe.

The tidal island is one of the most visited locations in France because to its collection of medieval buildings that appear to be heaped on top of one another and are crowned by the Abbey of Mont Saint-Michel, the destination’s main draw. After the Bishop of Avranches purportedly received a visit from the Archangel Michael in 708 AD, devout monks began construction on the magnificent abbey. 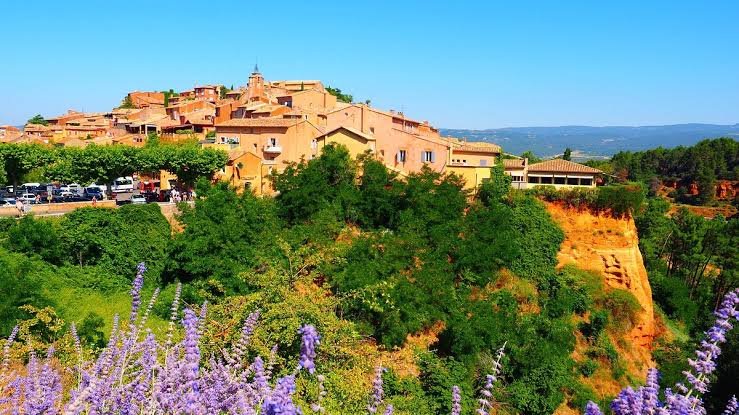 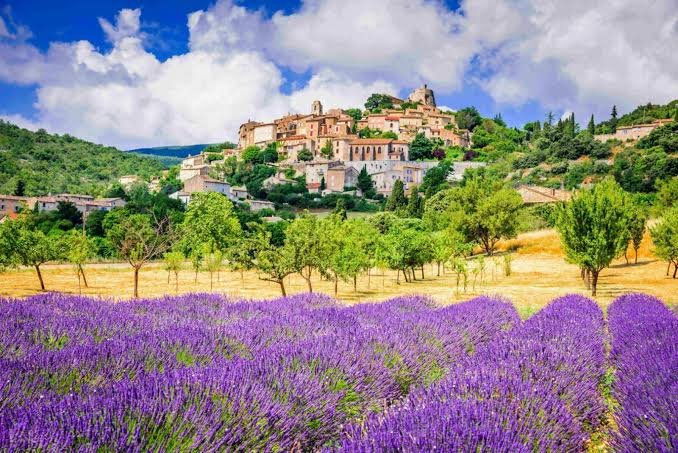 The Luberon is the place to go if you want to mix with the common folk of southern French society. It serves as a retreat for French society as well as summer visitors from the United States and United Kingdom who want to see attractive villages. Since the publication of Peter Mayle’s books about living in Provence, this area of central Provence has become a popular tourist destination. You’ll quickly understand why the Luberon is such a popular tourist destination with its beautiful woodlands, lavender farms, farmers markets, and brightly painted homes. Pottery from Oppede le Vieux, which still has a feel of the Middle Ages, makes a wonderful souvenir. 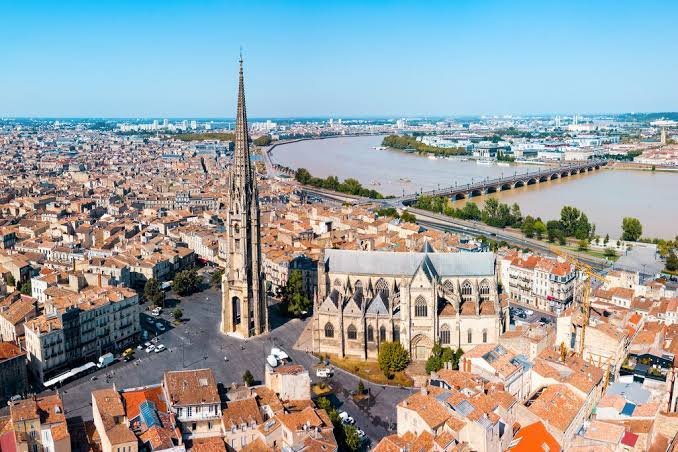 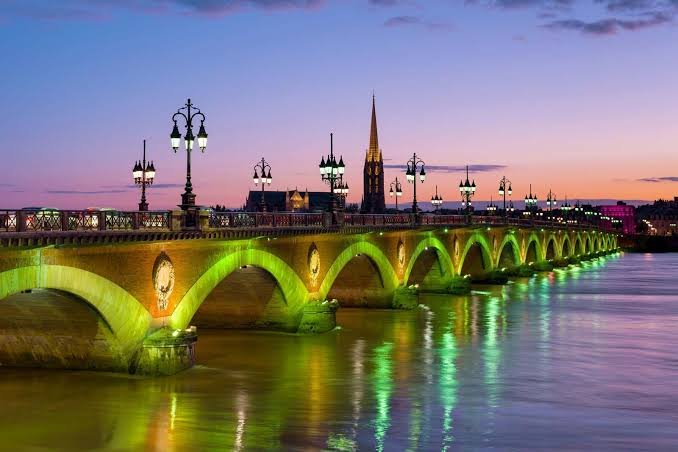 Bordeaux, the headquarters of the Gironde department in southwest France’s Aquitaine area, is regarded as one of the world’s major wine-growing regions, producing more than 800 million bottles of high-end wine brands each year.
Bordeaux, a major port city with beautiful architecture, historic sites, and a top-notch arts and culture scene, is located just half an hour inland from the Atlantic Ocean and was built upon the River Garonne. It also has a laid-back atmosphere.

More than 350 historic buildings and landmarks may be found in Bordeaux’s pedestrian zone, including medieval cathedrals, a Roman amphitheater, and attractive ancient bridges like the Ponte de Pierre. The city also has a number of lovely plazas, the most remarkable of which being the Place de la Bourse with its mirror-like appearance.

The well-maintained waterfront of Bordeaux features a number of quays where visitors may browse lively markets and designer outlet stores, eat in charming establishments, or just unwind and take in the breathtaking river views. 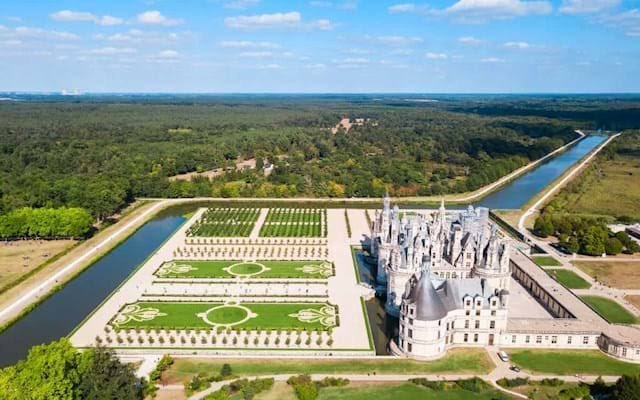 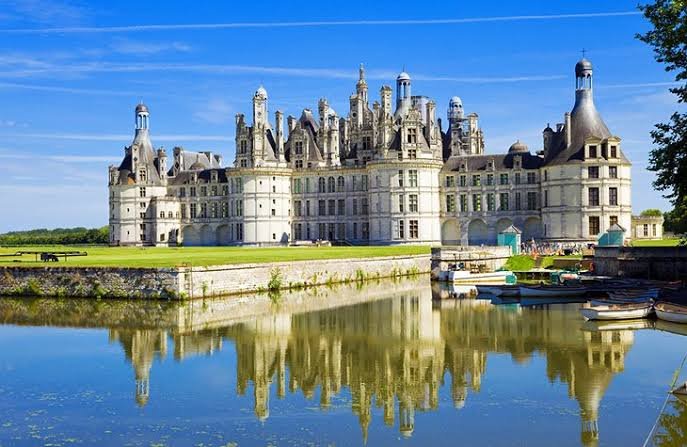 The Loire Valley is a region in the middle of France that is well-known for its breathtaking scenery, magnificent chateaux, charming vineyards, and old villages.

The 175-mile-long Loire Valley winds past some of France’s most picturesque communities, including Amboise, where Leonardo da Vinci spent the last few years of his life. The historic towns of Tours, Chinon, Anglers, Saumur, and Orleans are also located in the area. Blois is notable for having a chateau where French kings and nobility frequently congregated.

The valley’s numerous chateaux, which are dispersed throughout the gently rising hills of greenery, are its main draw. These chateaux, which range from grand country manors to formidable fortifications and opulent mansions, were constructed by the French nobles. The most well-known chateaux include Chenonceau, Amboise, Rivau, Chinon, and Chambord.
Because of its wealth of flower gardens, fruit orchards, and vineyards—all kept lush and rich by the sustenance of the Cher, Loiret, Eure, and Loire rivers—the Loire Valley is known as the “Garden of France.” Numerous wineries in the region provide tours and wine samples. 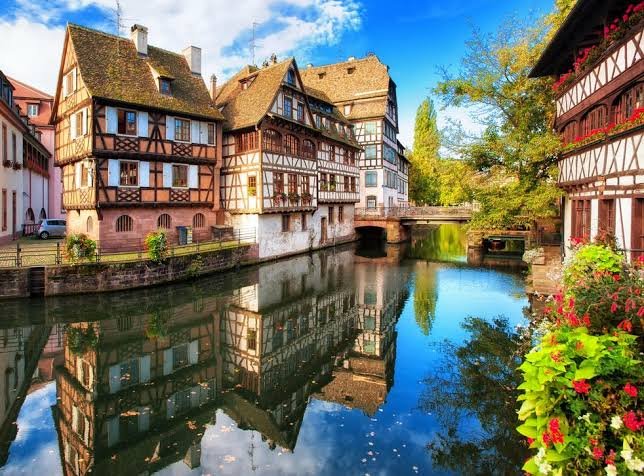 France and Germany come together in perfect harmony in Strasbourg. Strasbourg, the capital of the Alsace region, is located directly on the border between the two nations. The European Parliament and numerous other significant European organizations, like the Council of Europe and the European Court of Human Rights, have their headquarters in Strasbourg.

Grande Ile, the city’s historic district, must be seen. The center’s various museums and eye-catching sights, such the gorgeous Gothic church, which has pink sandstone, elaborate carvings, and a 300-year-old operating astrological clock, can be found here among a mixture of French and German architecture with signs in both languages.

La Petite France, one of Strasbourg’s most charming areas, is another popular destination for tourists. The cobblestone walkways, quaint cafes, and half-timbered town homes decorated with window boxes of vibrant flowers define this riverfront neighborhood.
Famous theaters like L’Opera National du Rhin and the Théâtre national de Strasbourg, as well as renowned art galleries and museums like the Musee des Beaux-Arts and Musee Alsacien, are all part of Strasbourg’s vibrant arts and cultural scene.

Both German and French tastes can be found in the region’s excellent beer, wine, and delightful gastronomy. Numerous breweries and winstubs in this area provide tours and complimentary beverages. Local Alsatian cuisine features delicacies like sauerkraut and sausage, the German noodle spaetzle, and the stew baeckeoffe, which is made with meat and vegetables. 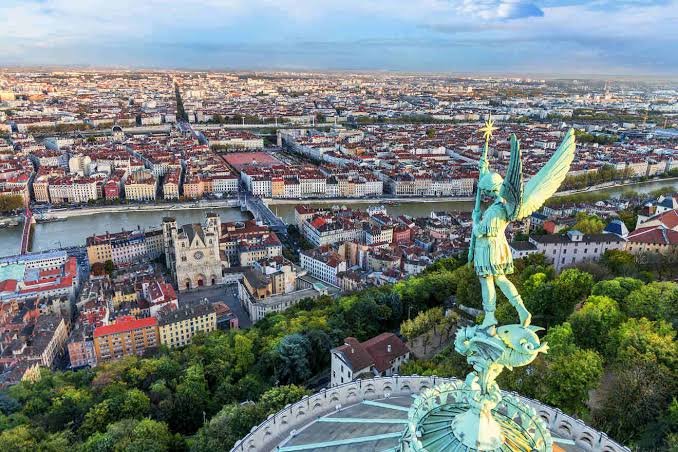 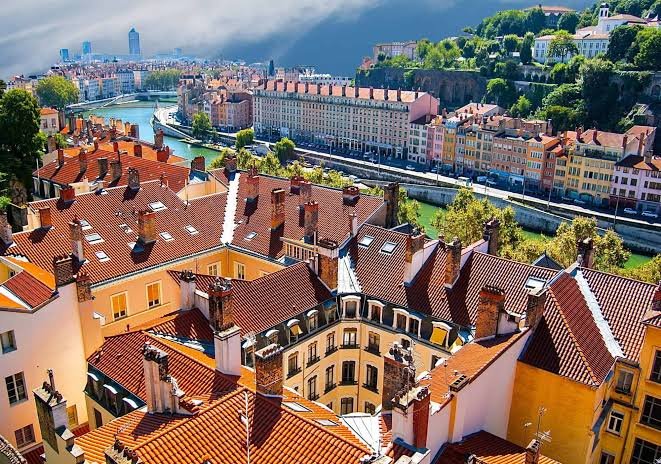 Lyon, the seat of the Rhone department in the Rhone-Alpes region, is a city in east-central France. Lyon, the third-largest city in France, has a lengthy history and is renowned for its ancient architecture, cuisine, and active cultural scene.

Nine arrondissements and a number of neighborhoods make up Lyon. There are interesting finds to be found in every neighborhood. For instance, Croix-Rousse is well renowned for its thousands of secret passageways known as traboules, whereas Presqu’île is noted for its restaurants, pubs, and clubs. Roman ruins and Gothic churches may be found in Fourvière, while the affluent neighborhood of Brotteaux is home to the stunning Tete d’Or park.
The old district of Lyon is known for its winding, cobblestone lanes, Renaissance-style buildings, and famous sites like the astronomical clock-adorned St. Jean Cathedral. Within this neighborhood, there are lots of eateries and gift shops.

While Lyon regularly lights up its most significant structures throughout the year, the Festival of Lights is a significant annual celebration that draws more than 4 million people to the different candle lighting ceremonies and expert sound-and-light displays. 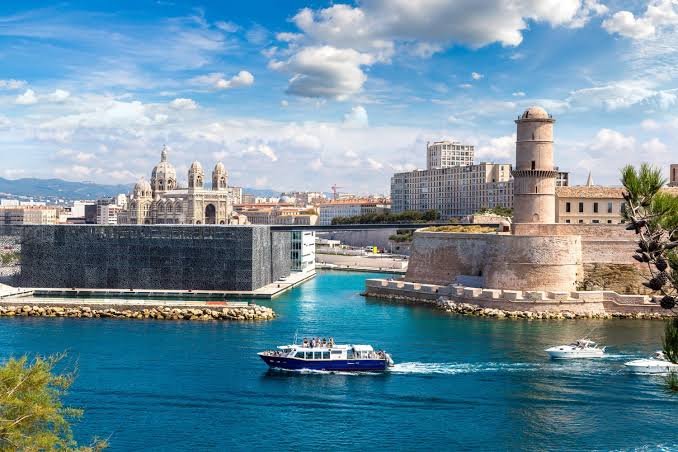 Vieux Port, Marseille’s old port, is where everything happens. This bustling harbor is dominated by two medieval forts and is surrounded with riverfront cafes, boutiques, and bars. Visitors can witness luxury yachts, ferry boats, and fisherman auctioning off their catch at the daily fish market at the Quai des Belges, which is located at the end of the port.
The Calanques are a collection of little inlets with awe-inspiringly blue water and beautiful limestone cliffs, and they are one of Marseille’s outstanding natural attractions. With several museums, art galleries, and landmark structures like La Vielle Charite and the Basilique Notre-Dame-de-la-Garde, Marseille is a thriving regional center of arts and culture. A significant number of opera houses and theaters, including Theatre Toursky, are also located in the city.