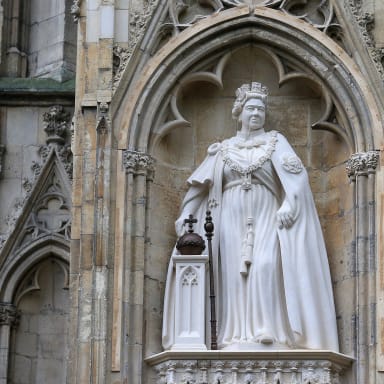 The magnificent sculpture honors the late monarch’s life of duty and dedication and was unveiled on Wednesday outside York Minster, the largest gothic cathedral in Britain. The King spoke while holding a black umbrella at a soggy unveiling ceremony. “When this statue was first planned five years ago, during a reign of unprecedented duration and achievement, it was intended as a celebration of the late Queen’s Platinum Jubilee,” he said. It is now being unveiled in her honor as an homage to a life of tremendous dedication and commitment, he said, as we have seen with with regret the end of that reign.
“Throughout her reign, the late Queen watched out for the welfare of her people. 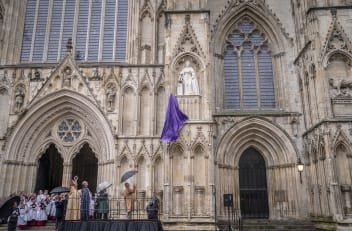 Now, for decades to come, her image will guard what will become Queen Elizabeth Space “Before removing the purple fabric from the towering monument, which stands watch over York’s brand-new public square from above one of the cathedral’s entrances, he continued. 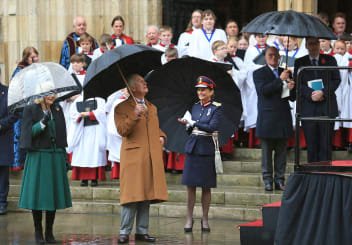 The “special occasion” honors “the long life and service of Her Late Majesty Queen Elizabeth to her people, her nation, and the Commonwealth,” according to Archbishop of York Stephen Cottrell, who called it as a “immensely moving moment” before the unveiling.
On September 8, the Queen passed away at the age of 96, just a few months after marking a historic seven decades on the throne.
Richard Bossons, a stonemason at York Minster, created and carved her memorial statue, which is about six and a half feet tall and weighs about 4,000 pounds.