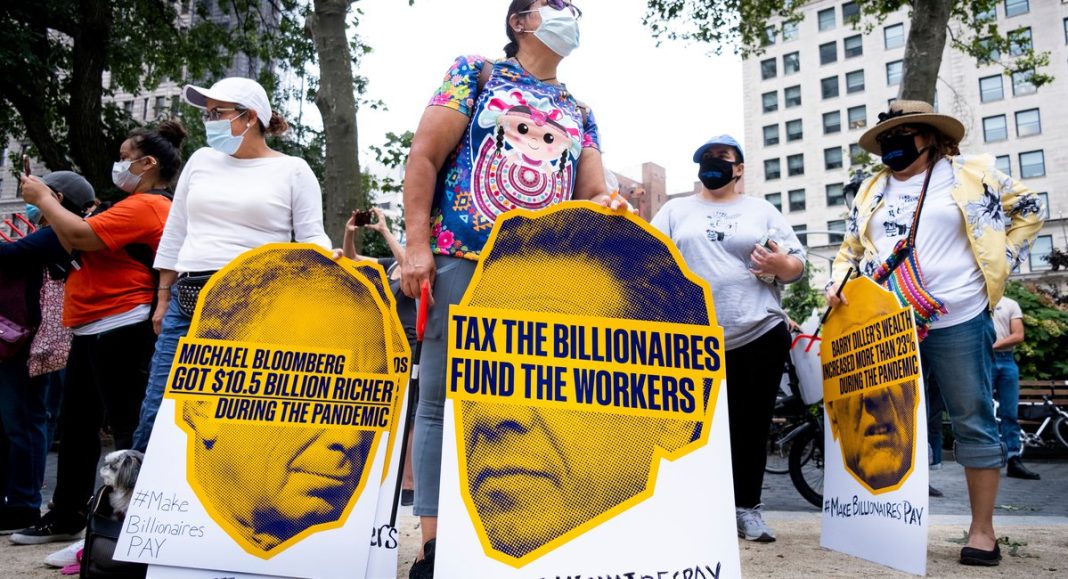 A recent survey offers some fresh perspectives on how many people in American society are feeling. The idea that the country’s billionaires should contribute their “fair share” has been around for a time. We can’t really know for sure what the general public thinks about this topic, despite the fact that this has frequently been a point of contention between the various political parties in the country, with mostly Democrats pushing for higher taxes with rates reaching as high as 90% on the billionaires and Republicans opposing.

What rate is suitable for billionaires was the subject of a poll on a popular YouTube channel with a largely Gen Z/Millennial following. 47 percent of respondents indicated their rate should be at least 75 percent, compared to 17 percent who thought it should be less than 25 percent.

Check out the poll’s results below to see for yourself. 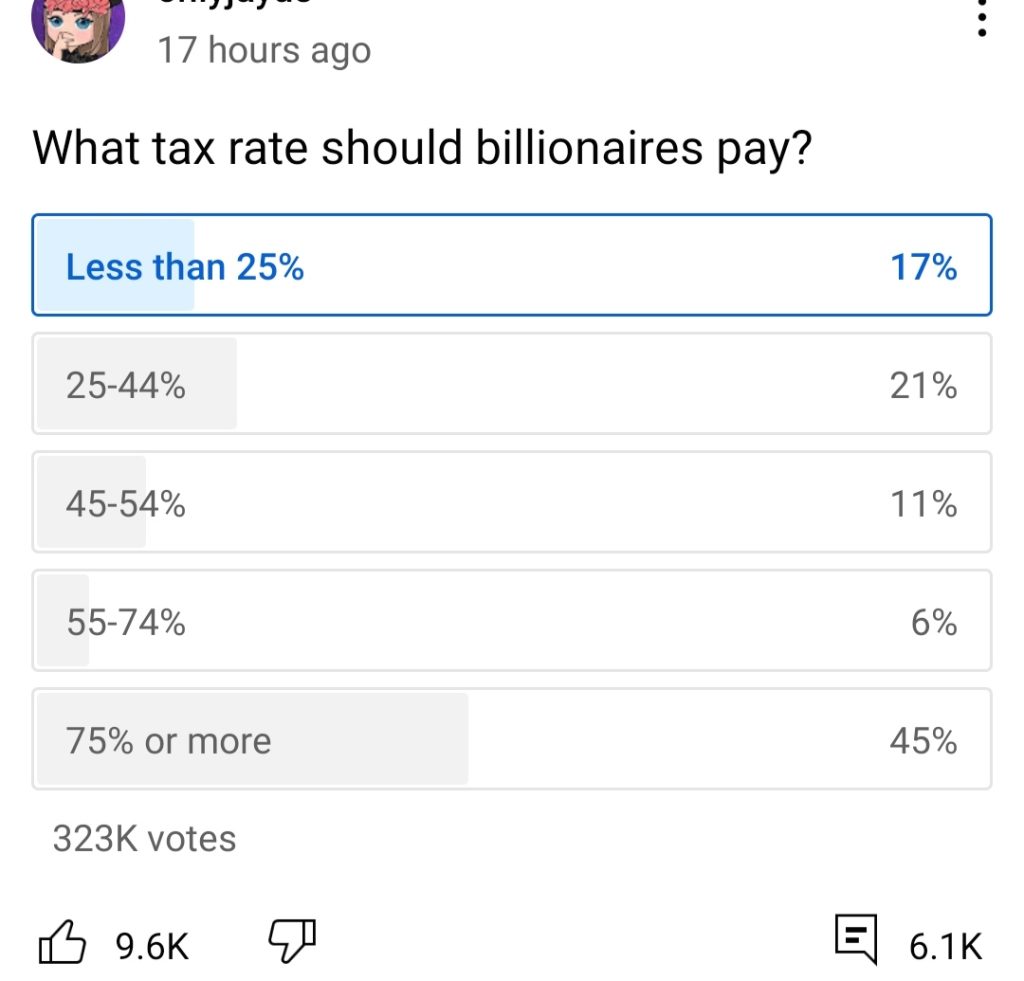 What do you think and how you feel about this topic?