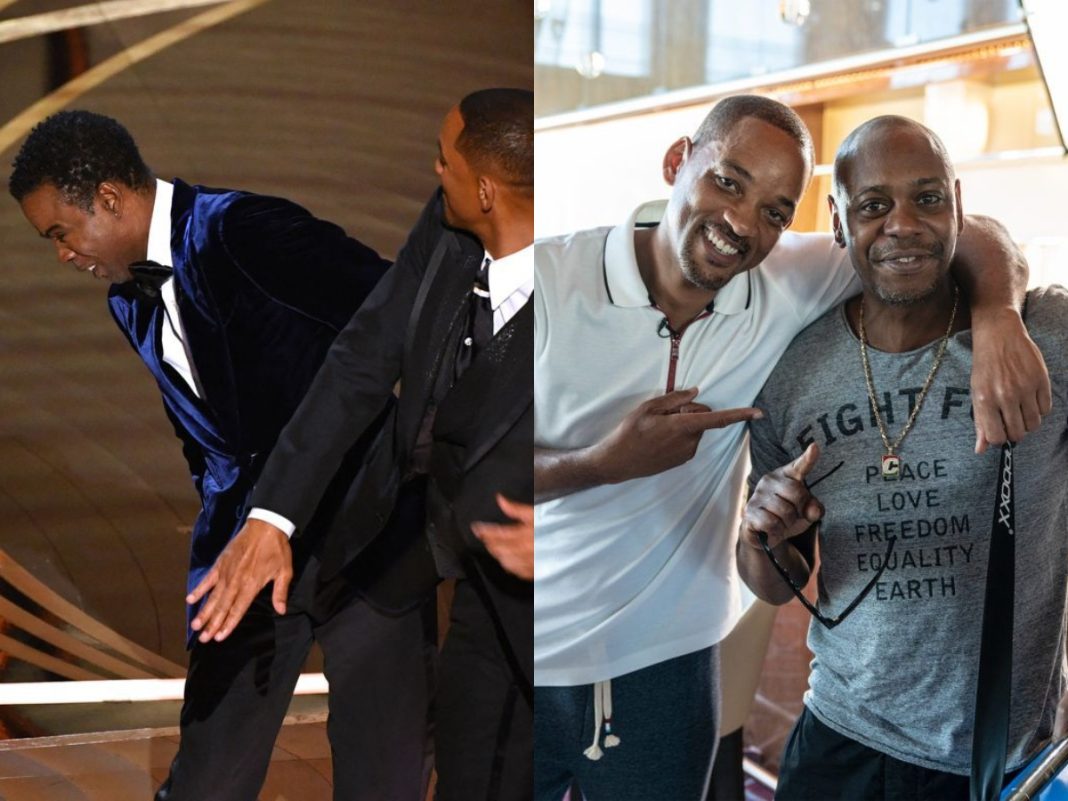 The unexpected incident that happened a few days ago is still a shock to many and it seems many people are not willing to forget the event any time soon. Many internet users have made content on the issue to take advantage of the massive public interest on how the whole drama ends and unsurprisingly many video creators easily amass millions of views on most social media platforms including YouTube. There have been several meme videos, reaction videos and many more that entertainment fans around the world just can’t get enough of.

In our recent research to gather more insights into Netizens reactions to the scandal, we’ve come to take note that a lot of people on the Internet have been looking forward to another top Comedian’s reaction to this fiasco and that comedian is Dave Chappelle.

Apparently, there is something people are expecting Dave to say to all these, the best guess is to assume they want him to condemn Smith’s action or very likely make some digs and jokes at the expense of Will Smith. But that may never happen as Will Smith and Dave Chappelle have somewhat a good relationship, even though Dave Chappelle would be disappointed in Will Smith’s behaviour there’s a good chance he would restrict himself from making fun of the Smith family because of friendship. Not very long ago in 2019 Chappelle himself lead Will Smith to perform his first stand up comedy at one of his comedy shows with Smith’s family present. The two celebrities surely must have spoken since the incident. Be that as it may, Netizens have not stopped searching Google and other search engines about Dave Chappelle’s opinion on the Will Smith Chris Rock fiasco, there are growing interests on social media too following people’s tweets and posts concerning Dave Chappelle in the last couple of days.

Many comedians have come out to condemn Will’s action since the event and many have even made fun of him and his family drama in their show of support for Chris Rock. Based on our dig for more insights on the Netizens reactions to this, it turns out that despite many people airing their opinions on the matter since Sunday the take most people want to hear is Dave Chappelle’s.