How To Endure A Cobra Bite Or, Even Better, How To Avoid One Too 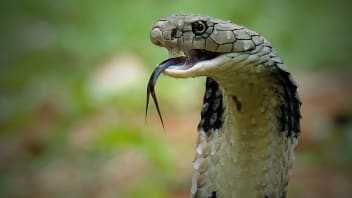 More than 200 different species of snakes, including cobras, are prevalent in Thailand. That would seem disconcerting to some, but as a young child in southern Thailand, Prangmart Charoenwai found it to be perfect.
The reptiles piqued his interest. He once caught a non-venomous sunbeam snake but released it after failing to properly feed it. According to him, he viewed web tutorials to learn how to grab them.
When he was about 15 or 16, he first encountered a cobra. 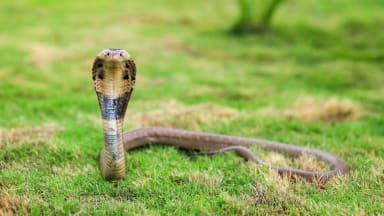 The 39-year-old Prangmart stated, “It was fairly enormous.” “Later, I noticed the snake spreading its hood. I remained there and observed its actions. I felt threatened, yet it wasn’t frightening to me. I found it to be lovely.”
His interest in and confidence in cobras grew, but his luck with them didn’t last.
The market owner and his rescue team, who take on ordinary emergency response jobs like snake-catching, set off on a mission in the southern Thai province of Trang in April 2021.
Some of the locals stated they were worried about king cobras in the neighborhood. Prangmart and a team of roughly 15 people arrived at the location.
The first day they didn’t find any cobras, but the second day they did after cutting through some dense undergrowth and tangled vines.