Tom Holland vs Timothée Chalamet; Who Is Hollywood’s Biggest Sweetheart? 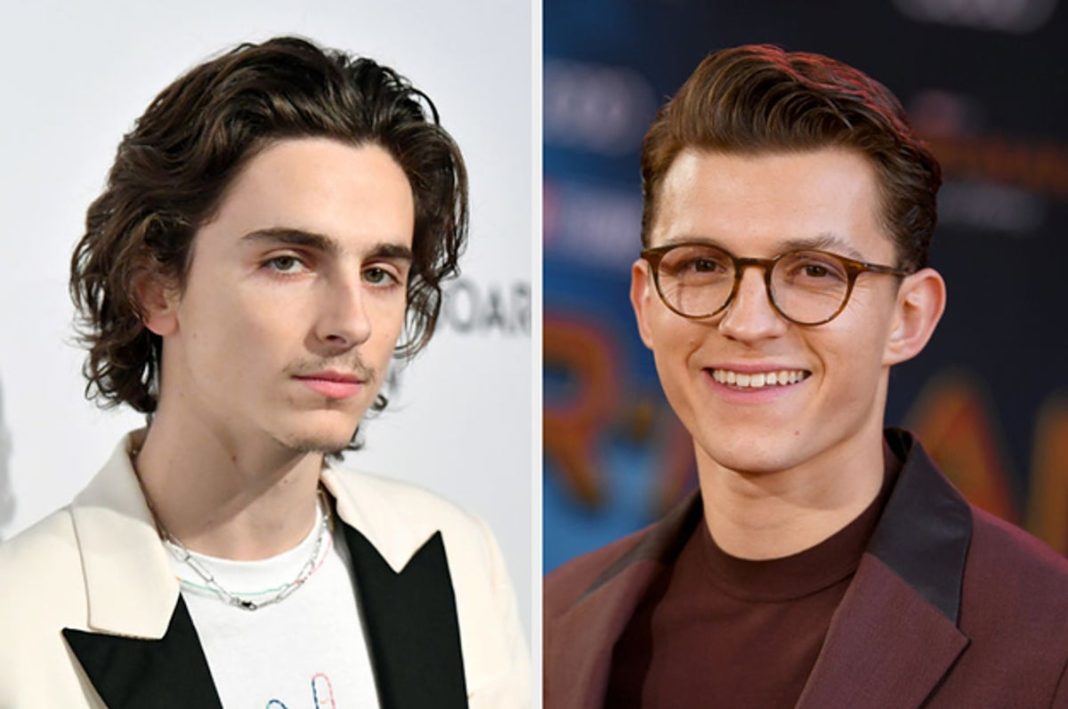 Yes.. in this month’s issue we have decided to dive into the considerable debate that has been going on underground for a while now, and as you can see in the title, it is Mr spiderman vs Mr Dune. Based on my research, I know this topic has been on the internet for a while now, it’s been gaining ground on popular forums like Quora and Reddit even Twitter a couple of times and all this was before the success of Dune. Now that can we clearly say both actors have huge hits and huge franchises for them now we can bring this topic to a much bigger audience with the Netizens Report.

So first of all, what do these two share in common?

You will be surprised these two share more in common than you can imagine, maybe that is the reason for so much comparison?

=> They Both auditioned for the Spiderman role. Timothee lost this role to Tom years ago. I guess you did not know that right? Well, that is the truth. Are we starting to see some healthy competition? Even at the earliest stages of their careers, have you tried imagining Timothee in that spiderman suit? would he have been a better fit or he would not be as great as the ever-charming Tom? I guess we will never know.

=> They share the same girlfriend! Common guys.. what could be more intimate than this, sharing the same girl? I mean common… Lol, okay yeah maybe don’t take everything I say serious, but they actually do share the same girl on screen, different movies though. Yeah! the girl is Zendaya of course… In case you are confused Zendaya is Tom’s girl in Spiderman and she kind of is Timothee’s girl in Dune. 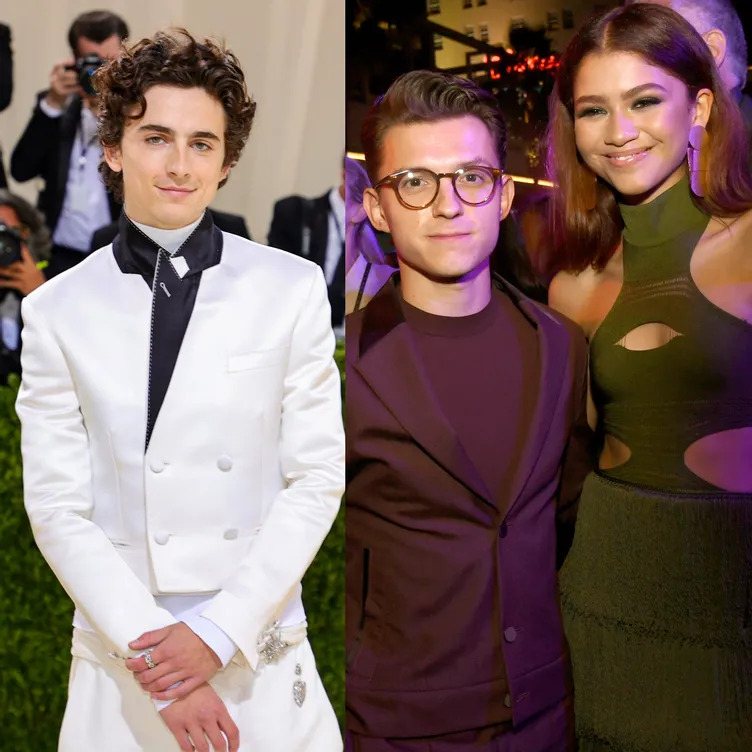 To get more serious.. She is somehow Tom’s girl in real life too.

. Okay not ‘somehow’, she is actually Tom’s real-life girlfriend. But now many people wish she is Timothee’s real-life girlfriend since dune. a lot of their fans seem to love their chemistry off-screen and on-screen. Well, I say the journey is just beginning.. let’s see who gets the girl at the end.

oops. Can’t believe I said that.

=> They are both huge franchise actors now

Yes.. up until last year Timothee’s superstardom isn’t much comparable to Tom’s. Because Timothee was more of an indie film star who was of course fast rising due to a good number of box office and streaming success, but he was nothing compared to the SPIDERMAN! Now, things are different, Timothee is now the Dune star also the Duke, and might even end up becoming the emperor. But let’s wait and see.

=> They Are Both Charming

Well, there is no need for an explanation on this because obviously, they are both adorbs. A lot of ladies including myself wish they could smoosh Tom so hard, and another side of me imagines what it would feel like if Timothee does that to me.

Who Is The Better Actor?

Well, if you ask me, they are both great. I can’t remember watching any scene for each of them and thinking to myself that wasn’t that great no… But in retrospect, I could guess most people might be more impressed by Timothee since he has played different roles and genres than Tom who many say is a ‘blockbuster star’ mostly. 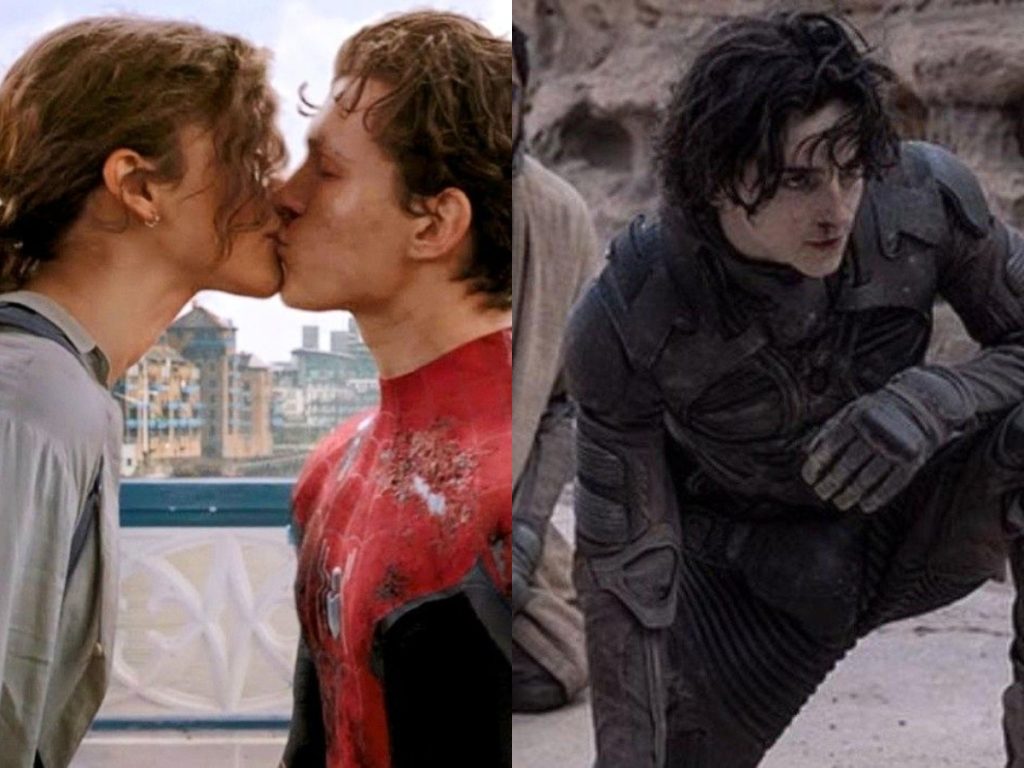 In cases like this since we are a publication that majors mostly in sharing people’s opinions we will be differing to hear what people are saying on the internet about this line of discussion.

A: “They’re both good. Though I think Chalamet has chosen more roles that allow him to express more depth. That doesn’t mean he is better, it just means he has had more chance to display what he is capable of.”

“I’d say Timothèe Chalamet. He is a more capable actor. Call Me By Your Name, Ladybird or The King, he has done a brilliant job. I find Tom Holland’s acting a little wooden. He is more of a Disney actor than a cinema one.”

Personally it’s hard to say whose better, one’s a big franchise actor and the other one is a big indie film actor. It can be argued that Timothee is the better actor considering he has an Oscar nomination to his name in “Call Me By Your Name.” In addition many of his previous films like “Lady Bird” and “Call Me By Your Name” in 2018 being Oscar nominated, and his Golden Globe nominated performance in “Beautiful Boy” in 2019, and just this year with “Little Women” being nominated, that he could be the better actor. But in Tom Holland’s defence, Timothee Chalamet was among the many actors that auditioned for the role of Spider-Man in the MCU, and lost to Tom Holland of course. Also Tom has recently taken on more serious projects like “Devil all the Time” and “Cherry” that are yet to be released. So really it’s hard to say whose better, both of them are at the peak of their career now and both are recent breakthroughs and rising stars in Hollywood. So in conclusion, both of them are good actors.

HOW IS THE RELATIONSHIP BETWEEN THESE TWO?

On Feb. 10, the Spider-Man actor stopped by BBC Radio 1 to chat with host Greg James about his forthcoming film, Uncharted, which is set to be released worldwide on Feb. 18.

During the conversation, Holland was asked to play the prank game “Sit Down, Stand Up” in which he went through his phone book and randomly chose one of his closest friends to find out whether they are sitting down or standing up. The catch is, the Brit can’t let them know why he asked them that awkward question.

After a few rings, the Wonka star picked up the phone. Tom immediately asked, “Are you standing up or sitting down?” Timothée replied, “I’m sitting down right now,” as Tom and Greg cheered on his response.

The two actors then chopped it up and made plans to hang out and grab a bite to eat together, as they are both currently in London. “Let’s do it, brother!” Timothée said.

Although Tom chose some pretty notable people to call, one can only imagine how a phone conversation with Zendaya, his on and offscreen girlfriend, would have gone. Timothée coincidentally has a connection to both stars, as he recently shared the big screen with Zendaya for the 2021 film Dune.

IN DECEMEBER 2021 WHILE ON MEDIA TOUR:

The Spider-Man: No Way Home actors, both 25, and costar Jacob Batalon told the Associated Press which role they could see Chalamet, 25, playing in their superhero universe.

“I don’t know. People want him to be [Harry] Osborn,” said Zendaya, referencing the Green Goblin character who was previously played by James Franco and Dane DeHaan in other iterations. She added of her Dune costar Chalamet, “I think he would be a good friend of Spider-Man. Or a foe of Spider-Man!”

Holland added, “I think it would be good to bring him in as a [friend] and then he kind of becomes bad, and then he can be a villain. He’d be a good villain.”

“I think so too,” said Zendaya, “which is funny ’cause he’s so nice.” Holland added, “Such a nice bloke, yeah.”

WHAT IS NEXT FOR THESE TWO:

Well, he did uncharted earlier this year, and it was a success. For now, he’s only got two disclosed projects in the works:

And two other undisclosed