Midterms: Voters’ top concern is the economy, followed by abortion and crime 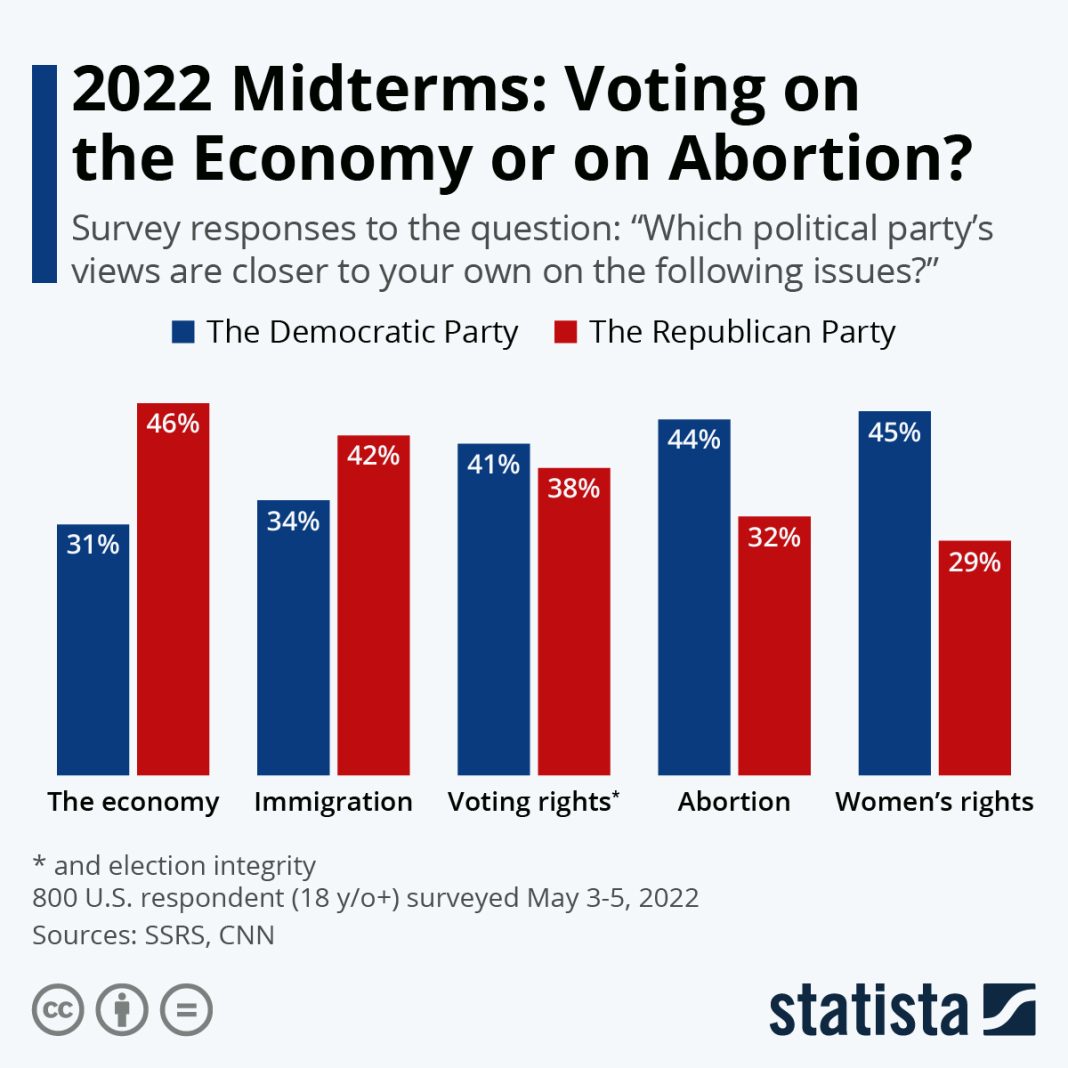 In this election year, the economy is the most important topic of policy debate and discussion for Americans. 49% of U.S. registered voters say their decision to vote for Congress will be heavily influenced by the state of the economy. However, 42% and 40% of voters, respectively, say that both abortion and crime are extremely important.

Third-place election issues like immigration and gun control are rated as being of extreme importance by 38% and 37% of voters, respectively.

Fewer people—31%—say that their country’s relations with Russia are very important to their voting decisions, and the focus on climate change—26%—makes it the least significant of the issues examined in the Oct. 3–20 Gallup poll.

Prior midterm years’ importance of the economy will be surpassed in 2022.

At 49%, the proportion of Americans who say the economy has a significant impact on their decision to vote is higher than what Gallup found in its final pre-election surveys in nearly all previous years with midterm elections since 2002. The one exception was in 2010, when unemployment was high and the economy was rated as an extremely important issue by 63% of respondents. 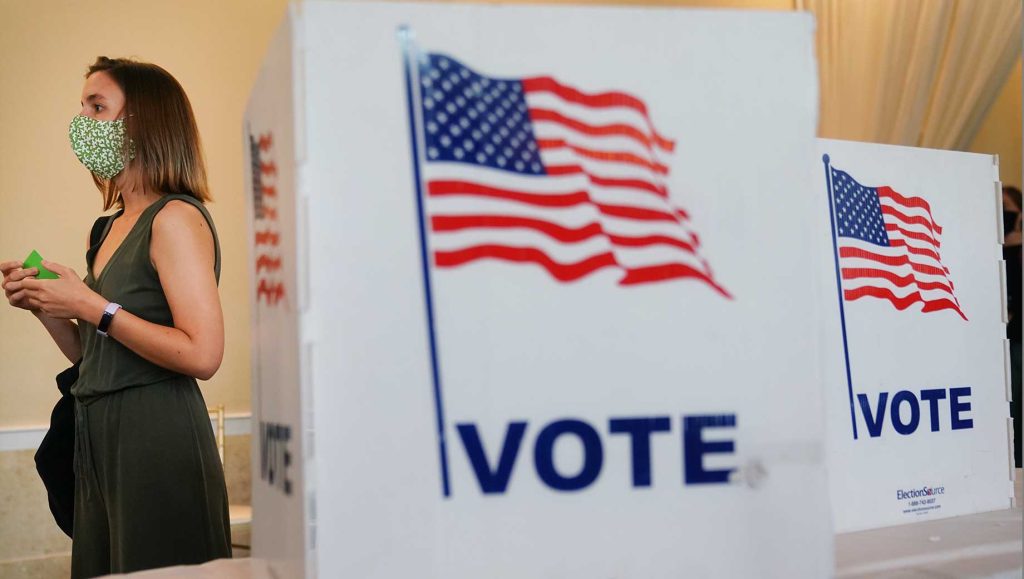 While voters’ perceptions of the economy’s importance may be influenced by a variety of factors, persistently high inflation is probably of utmost importance. When asked to name the most pressing issue facing the nation, Americans have consistently mentioned inflation and the economy as a whole each month of this year.

In comparison to midterm ratings from previous years, the most recent importance ratings for immigration and climate change are about average for these issues. In contrast, the importance of gun control has increased significantly since the 2002 midterm elections (which was the only other midterm year Gallup measured it).

It is unknown if the relevance of crime or relations with Russia has changed since Gallup first asked about these topics during the midterm election season.

Republicans and Independents’ top concern is the economy, while Democrats’ top concern is abortion
Although it is the most crucial issue for voters nationwide, partisans don’t give it the same weight. Instead, it is at the top of the priority list for issues among Republicans and independents, but is in the middle for Democrats. The Democrats’ list has abortion at the top, followed closely by climate change.

Significant Republican-Democratic gaps in the importance rankings for the majority of the issues are reflected in the varying rank orders by party.

The Economy and Abortion Are Women’s Top Concerns
All seven issues are valued at least a little higher by women than by men, but the abortion gender gap is especially large. It is rated as extremely important to their vote by about half of women (51%) compared to a third of men (32%).

This 19-point gap is slightly larger than the gender gap Gallup discovered in the abortion question in 2006, when the issue was much less important to voters overall. At the time, abortion was rated as being extremely important by 33% of registered female voters compared to 21% of registered male voters, a 12-point difference.

Compared to men, women are noticeably more concerned about crime (45% vs. 35%) and immigration (40% vs. 33%) today. Other gender differences are barely noticeable.

To sum up
This election cycle, the economy is a key factor, with depressed consumer sentiment most likely to blame for President Joe Biden’s low job approval rating and ongoing low satisfaction with the country’s course. It continues to be the issue that Americans are most likely to say is extremely important to their vote, ranking among the top issues when asked to name the most significant issue facing the nation.

Fortunately, voters care about other things besides the economy, which is good news for the Democrats who are likely to bear the brunt of the backlash.

This year, voters placed an unusually high value on abortion, which should benefit the Democratic Party in terms of turnout and swing voters. A record-high percentage of Americans said in May that a candidate must share their views on abortion, which is consistent with the topic’s high ranking as a voting issue. Furthermore, for the first time, 17% to 10%, committed “pro-choice” voters outnumbered committed “pro-life” voters at the time.

However, the importance of crime to a similar percentage of voters could offset any benefit Democrats gain from the abortion debate. Additionally, it appeared earlier this year that gun control might be another issue in the Democrats’ arsenal, but the intensity surrounding that topic has subsided, possibly due to increased public concern about crime.

Overall, the midterm elections in 2022 will be among the most contentious that the nation has seen in the previous twenty years. Given the competing pressures some voters may feel, it is unclear how the various top issues will affect the election’s outcome.

Voters’ Priority for Gun Policy Has Dropped Noticeably Since June

With one exception, the ranking of issues today is similar to what Gallup discovered in June. At the time, 55% of voters rated gun policy as extremely important, tying it with the economy for the top spot. That happened not long after the Uvalde, Texas elementary school shooting on May 24 sparked a national conversation about guns. Gun policy, however, has dropped 17 percentage points to the middle of the list four months later, during which time a new federal law against gun violence was passed.

All of the other changes, including the economy’s five-point decline in importance, lack statistical significance.