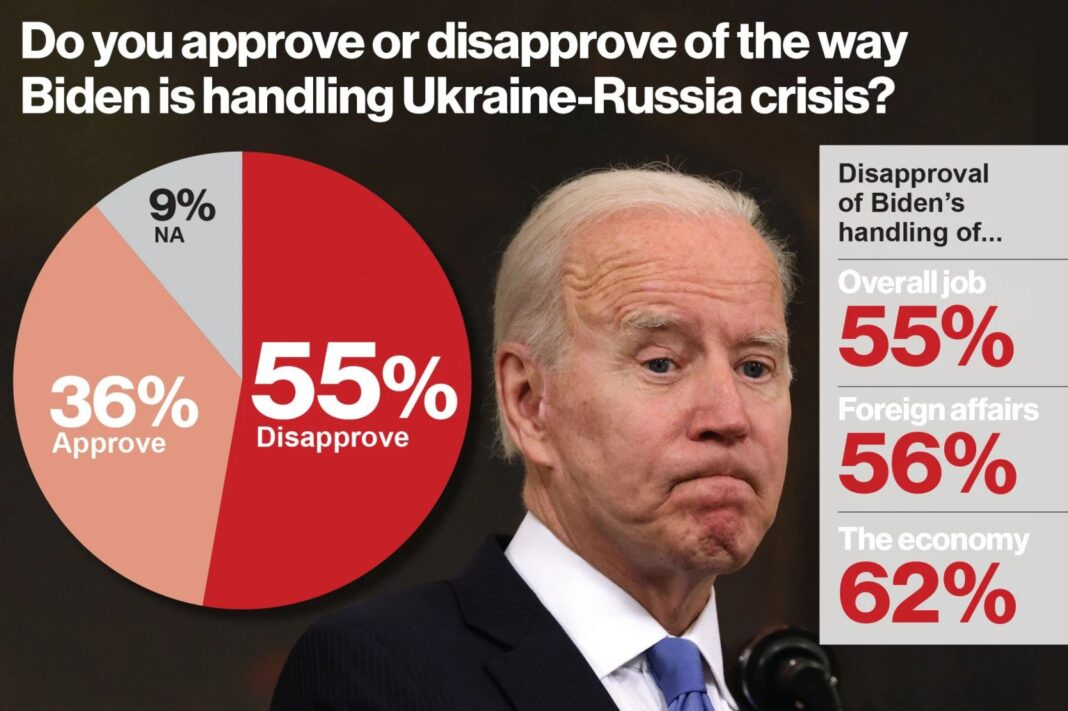 According to a recent survey published days after Vladimir Putin sent “peacekeeping” soldiers into two separatist areas of the former Soviet republic, less than one-third of Americans approve of the way President Biden is handling the possibility of a Russian invasion of Ukraine.

According to Gallup, just 36% of Americans approve of the president’s reaction to the “Russian problem,” while 55% disapprove.

Fewer than two-thirds of Democrats (64%) endorse Biden’s handling of the situation, while 35% of independents do. Only 11% of Republicans had the same sentiment.

By contrast, the study found that 86% of Republican respondents disapprove of Biden’s approach to Russia’s tensions, while 53% of independents and 31% of Democrats agreed.

The poll was conducted a day after Biden announced the “first tranche” of sanctions against Russian banks and the ruling elite, and two days after Putin recognized the self-declared pro-Russian Donetsk People’s Republic (DPR) and Luhansk People’s Republic (LPR) as independent states with claims on Ukraine-held territory, stoking fears of a large-scale invasion.

On successive nights, Russian tanks and other military hardware have been sighted on the outskirts of Donetsk, which is situated inside DPR-held territory.

“Let me state unequivocally: No Russian financial institution is safe if the invasion continues,” Singh continued. “We are prepared to initiate action against Russia’s two biggest financial institutions, which together contain almost $750 billion in assets, or more than half of the total in the Russian banking sector.”