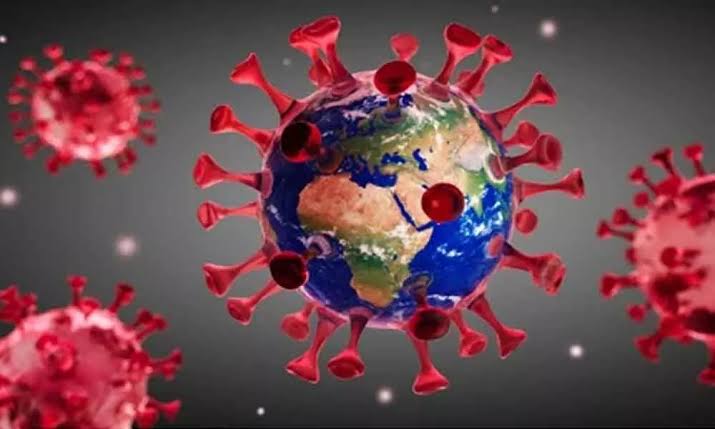 As approximately 10,000 more fatalities over the five-year average are documented, ONS data suggests that the lockdown’s impacts may be responsible for more deaths than Covid.
The Office for National Statistics’ numbers for excess fatalities in the UK were released on Tuesday, and they showed that each week, nearly 1,000 more individuals than usual pass away from illnesses and ailments other than Covid.

As a result, the rate of excess deaths is 14.4% higher than the five-year average, which translates to 1,350 extra fatalities during the week ending August 5 than usual. 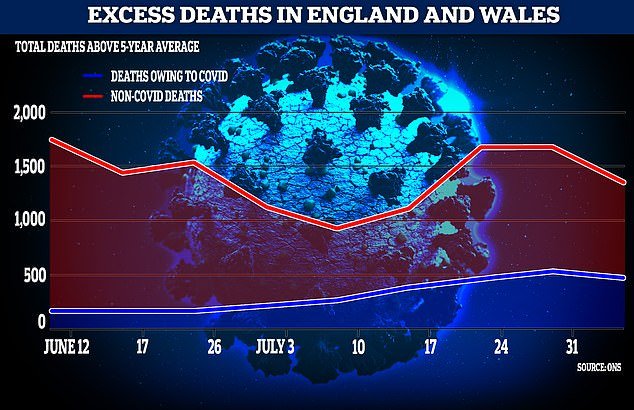 Of those, 469 were caused by COVID; the other 881 have “not been explained.” Nearly 10,000 more unconnected Covid-related deaths have been reported since the beginning of June than the five-year norm, or around 1,089 per week.

Over the same time period, 2,811 people died from Covid, which is more than three times this number.

The ONS investigation took the effects of the aging population into account but still discovered a “significant continuous excess.”
According to The Telegraph, the Department of Health may have requested an investigation into the alarming figures since there is a chance that they are related to the delays in medical care brought on by the NHS’s persistent financial hardship.

The British Heart Foundation expressed its “great worry” about the findings, saying that lockdowns had delayed treatment for ailments like cancer, diabetes, and heart disease.

According to the Stroke Association, the increase in fatalities has been expected for some time. 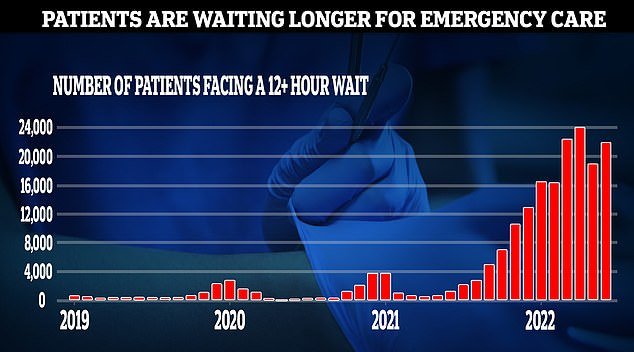 Only last week England-wide statistics showed that emergency care standards in hospitals hit an all-time low, with over 20,000 patients facing a 12+ hour wait for medical treatment

‘Delays in accessing healthcare are without a doubt the main factor, in my opinion. Daily Covid numbers demanded the nation’s attention, yet they hardly get a mention despite their horrifying magnitude. He told the Telegraph, “A complete and urgent government probe is needed right away.

Statistics for all of England only last week revealed that hospital emergency care standards had fallen to an all-time low, with over 20,000 patients having to wait more than 12 hours for medical attention.