Despite Attempts to Stop Them, Anti-War Protests Spread Throughout Russia (Images) 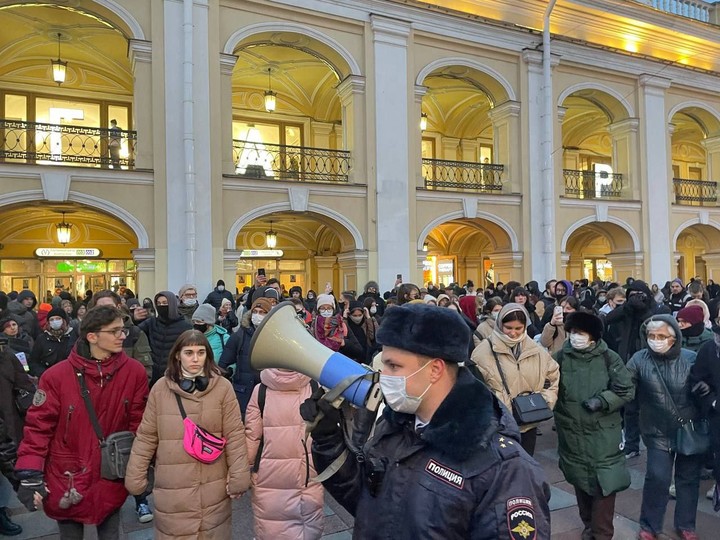 On Thursday evening, individuals throughout Russia demonstrated against President Vladmir Putin’s continued aggression on Ukraine. The Daily Beast writes that police, evidently expecting turmoil, “acted rapidly to quash any opposition at home,” including preemptively detaining known activists before they arrived to the rallies.

Protesters marched against the war in St. Petersburg, risking arrest:

Protesters in Moscow yelled “no war” as police rushed to seal Pushkin Square:

Anti-war demonstrations extended all the way to Siberia, when demonstrators marched through the streets of Novosibirsk.

Globally, protesters rallied against the conflict in Ukraine, including protests in London, Paris, and Washington, D.C. 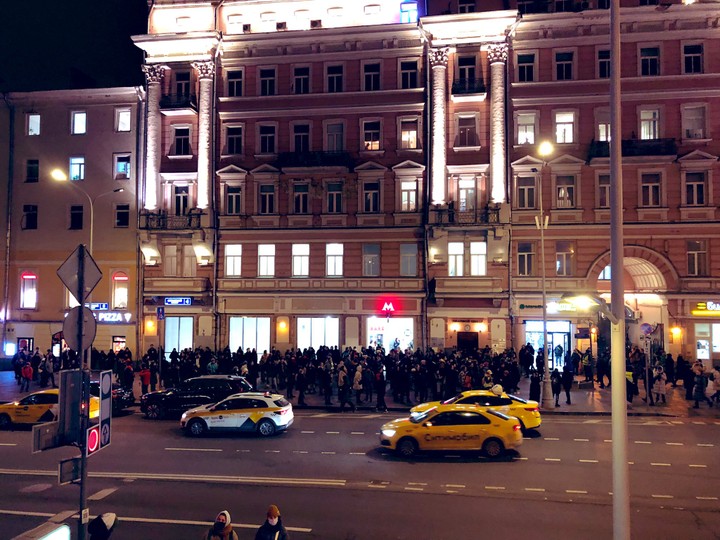 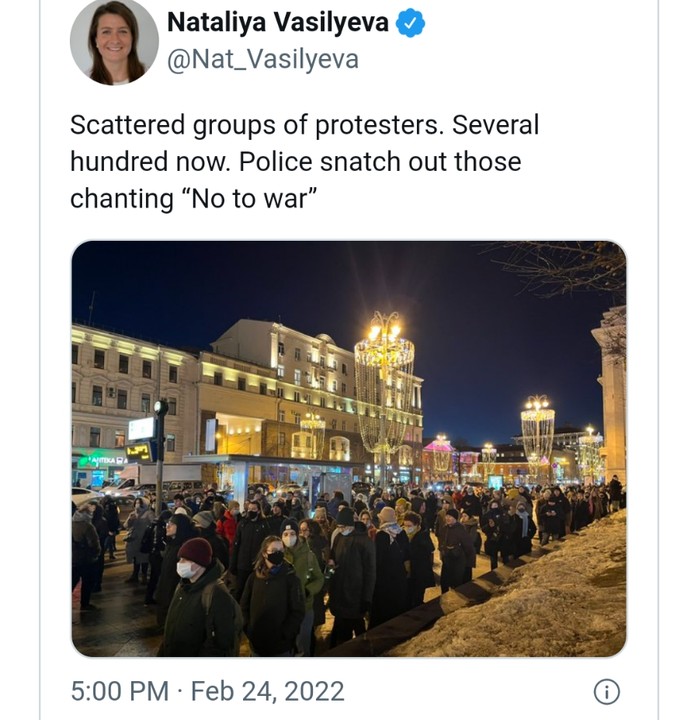 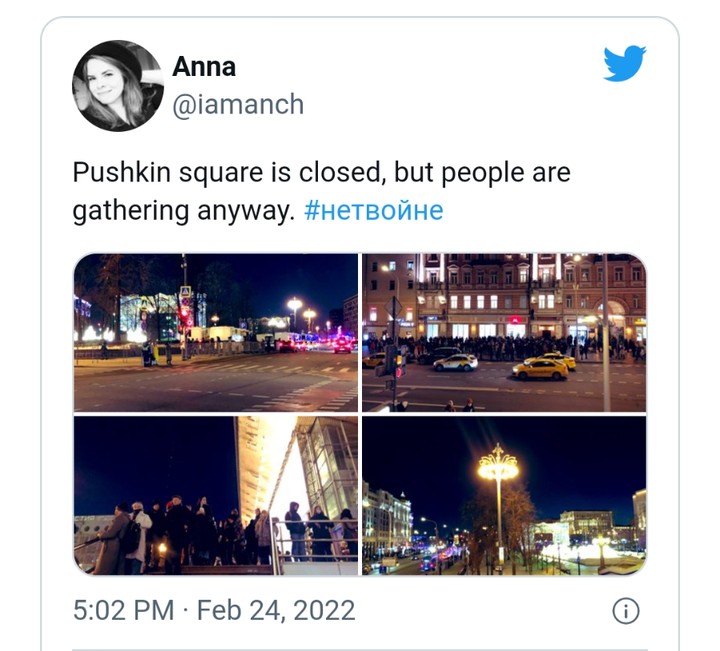