After Covid, Mental Health Has Failed To Improve Due To Financial Issues 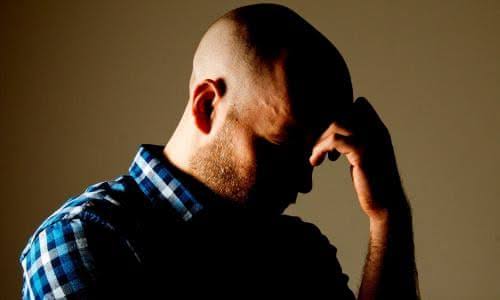 According to studies, three in ten persons’ mental health has declined since the beginning of the year, and the nation’s mental health has “failed to recuperate after the pandemic,” a charity has warned.
A YouGov study conducted by Rethink Mental Illness found that more respondents reported that their mental health had gotten worse since the start of 2022.

The UK populace is reportedly dealing with “widespread” levels of worry, anxiety, and pessimism as a result of their financial situation, according to the Mental Health Foundation.

In advance of this week’s fall statement, the charities are urging the government to take quick action, including raising benefits in line with inflation and investing in crucial public services.
On October 27 and 28, a survey of 2,073 UK individuals found that 29% believe their mental health is worse currently and 21% believe it is better.

By now, we’ve all heard about the cost-of-living crisis, and many of us are already feeling the pinch. So, here we share our tips and advice to help you get through this difficult time: https://t.co/Z3XttujMlq #CostOfLivingCrises #WedesdayThoughts

Of those whose mental health has gotten worse, 20% reported having suicidal thoughts, 21% reported having panic attacks, and 12% reported going through a crisis that required professional assistance.
Low mood/feeling depressed (77%), feeling worried or apprehensive (74%), and having trouble falling asleep (60%), were among the issues that people reported. 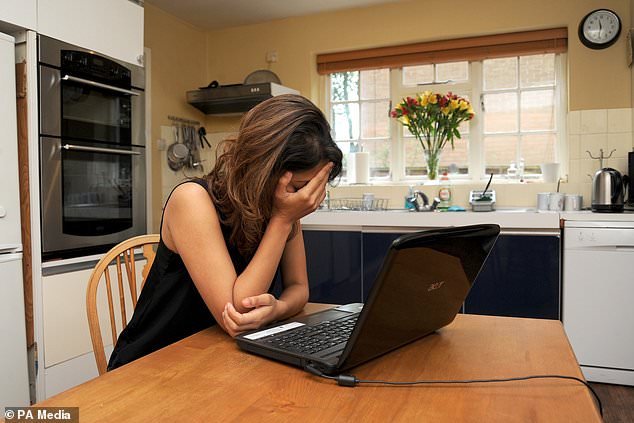 More adults said their mental health has worsened since the beginning of 2022, according to a YouGov survey for Rethink Mental Illness (PA)

Tom, who suffers from borderline personality disorder, post-traumatic stress disorder, and social anxiety disorder, had to be excused from work this year because of a decline in his mental health.

With family members serving in the military, the 31-year-old has been concerned about how he will pay his expenses and the conflict in Ukraine.

“I’ve suffered mental illness in the past, but through the years, I’ve learned coping mechanisms, and I’ve healed nicely,” he claimed.

“But the ongoing anxiety and stress this year compromised my mental health, halting some of the positive advancement I’d made and plunging me into a pit of despair.

💭 We know that money worries can have a huge impact on our mental health.

As we continue to face a #CostOfLiving crisis, here's a dedicated set of articles on how to manage your money as bills rise 👉 https://t.co/8p9k7UeAE6 pic.twitter.com/l5elwrGx8h

“As I look to the future, I’m worried about the recession and the risk that the government won’t make the necessary investments in mental health.

“I consider myself fortunate to have such wonderful support from my family, but I am aware that many others are in a similar situation.

“After the pandemic, things were supposed to become better, but instead we’re slipping backward,”
The chief executive of Rethink Mental Illness, Mark Winstanley, said: “There was much public speculation about the impact of lockdown, and the lifting of pandemic restrictions was frequently portrayed as the light at the end of the tunnel.
However, this poll finds that respondents were more likely to say their mental health has worsened or kept the same than they are to report a major improvement in the year we were able to live our lives without constraints, bubbles, and social isolation.

It’s vital that we focus on mental health during this cost-of-living crisis as we did during the epidemic, if not more, Mr. Winstanley said, adding that alarming numbers of people are expressing suicide thoughts or reaching crisis point.

10% of UK individuals, according to a separate study for the Mental Health Foundation, report feeling dismal about their financial situation.

More than a third (34%) of respondents in an Opinium survey of 3,000 UK adults between November 7 and November 14 reported experiencing anxiety or stress in the previous month.

The three things that respondents stated they are most concerned about are not being able to pay their monthly household expenditures (61%), heat their homes (66%), or maintain their level of living (71%).

Mark Rowland, chief executive of the Mental Health Foundation, said the Government should take into account how any decisions it makes about the cost-of-living crisis will effect people’s mental health.

He said: “As the toll of financial stress continues to take its toll, we may expect a considerable rise in mental health problems if people are failing to satisfy their basic demands for a warm house and enough wholesome food for their family.

“The problem the nation is facing cannot be solved quickly. However, there are measures we can take at this time to safeguard people’s mental health.

“We must help those who are more vulnerable by, for instance, increasing benefits in accordance with inflation and mandating that employers pay their employees the true living wage.

Training front-line employees in social security and debt services on how to recognize and appropriately react to the trauma experienced by many of the people they are working with can also be helpful.

According to a government spokesperson, mental health is crucial, as the Health Secretary stated today. As a result, we are increasing investment in mental health services in England by at least £2.3 billion annually by 2024, enabling an additional two million people to get the necessary NHS-funded mental health support.

In order to expedite our plans to increase talking therapies and decrease wait times, give more people the assistance they need, and invest in the NHS workforce, we granted an additional £500 million last year.