According to researchers, the newly identified Langya virus in China may only be the “tip of the iceberg” in terms of potential infections. 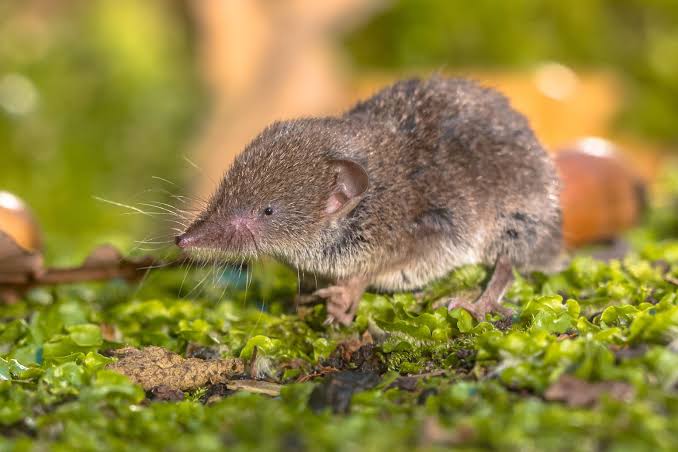 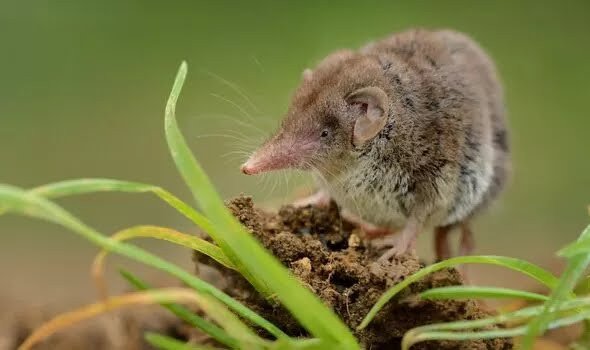 The discovery of a novel virus in dozens of individuals in eastern China may not be the start of the next pandemic, but it does highlight how readily viruses may go undetected from animals to people, according to scientists.

A group of scientists who believe the virus, known as Langya henipavirus, may have transferred directly or indirectly to people from shrews, small mole-like rodents prevalent in a range of settings, say it sickened nearly three dozen farmers and other locals.

The pathogen was found in 35 unrelated fever patients in hospitals in Shandong and Henan provinces between 2018 and 2021, according to the scientists. This finding is consistent with long-standing scientific warnings that animal viruses routinely infect people around the world without being noticed.
Leo Poon, a professor at the University of Hong Kong’s School of Public Health and an expert on emerging viruses who was not involved in the most recent study, stated that “we are greatly underestimating the number of these zoonotic cases in the world, and this (Langya virus) is just the tip of the iceberg.”

Due to the increased worry about illness outbreaks, the first scientific study on the virus was published as a communication by a group of Chinese and foreign academics in the New England Journal of Medicine last week. Since the unique coronavirus that caused the epidemic was initially discovered in China over three years ago, hundreds of thousands of new Covid-19 cases are still being reported daily throughout the world.

There is, however, no proof that the Langya virus is contagious or that it was the root of a local outbreak of related cases, according to the researchers. To exclude human-to-human dissemination, more research on a broader proportion of patients is required, they stressed.
The new virus is unlikely to develop into “another ‘disease X’ event,” such as a previously undiscovered pathogen that causes an epidemic or pandemic, but it “does demonstrate that such zoonotic spillover events happen more often than we think or know,” said veteran emerging infectious disease scientist Linfa Wang, who was a member of the research team, to CNN.

According to Wang, a professor at the Duke-National University of Singapore Medical School, “it is vitally necessary to conduct active surveillance in a transparent and internationally collaborative fashion” to lessen the possibility that a new virus could cause a health emergency.

According to the researchers’ paperwork, the first indications of a novel virus were made when a 53-year-old farmer who had symptoms such a fever, headache, cough, and nausea sought treatment at a hospital in Qingdao, Shandong province, in December 2018.
The patient was enrolled in additional screening being undertaken across three hospitals in eastern China with a focus on discovering zoonotic infections because she disclosed she had contact with animals within the previous month.
Scientists who examined the test results from this patient discovered something unexpected: a virus that had never before been observed and was related to the Hendra and Nipah viruses, two extremely deadly pathogens from a family that is not typically known for being easily transmitted from person to person.

The virus was ultimately found in 35 patients over the course of the following 32 months as researchers from the three hospitals tested similar patients for it. These patients presented with a variety of symptoms, including fever, cough, exhaustion, headache, and nausea.
The cause of the symptoms in nine of those individuals remained unknown because they were also afflicted with a known virus, such as influenza, but experts think the remaining 26 patients’ symptoms may have been brought on by the novel henipavirus.

According to Wang, some of the patients had severe symptoms like pneumonia or abnormal thrombocytopenia, a blood platelet disorder. However, these symptoms were very different from those of Hendra or Nipah patients, and none of the patients passed away or required admission to the intensive care unit. They weren’t followed up on for more serious issues after they had all recovered, he continued.
All but four of the group of 26 were farmers, and while many of them were discovered in Xinyang, Henan, more than 700 kilometers (435 miles) distant, many more were identified by the same hospital as the initial case.
Wang explained that the spread of comparable viruses into humans across such vast distances was “not surprising” given that they were known to affect animals from southern China to South Korea.

According to Wang and his colleagues’ results, there were “no intimate contact or common exposure history among the patients” or other indications of human-to-human transmission. This shows that cases were sporadic, but they insisted that more study was necessary.
The researchers, who included Beijing-based scientists and Qingdao disease control officials, started to work to try and figure out what was infecting the patients as soon as they realized a new virus was spreading among humans. When they checked the domesticated animals where the patients lived for signs of past viral infection, they discovered a tiny number of goats and dogs that might have been carriers.

The real discovery, however, came from testing samples taken from small wild animals caught in traps. They discovered 71 infections in two species of shrews, which led the researchers to hypothesize that the virus may naturally circulate in these tiny, rodent-like mammals.
It’s yet unknown how the virus entered people, according to Wang.
He said that additional investigations looking for the Langya henipavirus would come next and should be carried out not only in the two regions where the virus was discovered but also more broadly within China and elsewhere.

An inquiry on whether the National Health Commission of China was still keeping an eye out for new cases of the virus was not immediately answered.

According to scientists, contact with animals accounts for 70% of newly emerging infectious diseases in humans worldwide, a trend that has accelerated as expanding human populations encroach on wildlife habitats.
In the past 20 years, China has had significant viral epidemics, including SARS in 2002-2003 and Covid-19, both of which were first discovered in the nation and were believed to have originated in bats.
The terrible effects of these illnesses, especially Covid-19, which has killed more than 6.4 million people globally to date, highlight the significance of swiftly finding new virus infections and disseminating information about potential risks.

Scientists who were not involved in the new study concurred that more research was necessary to fully understand the Langya virus and confirm the most recent findings, and they noted that the significance of tracking viruses that might be moving from animals to humans was highlighted by the discovery.
“Sharing this information and allowing others to get ready or do some further investigation in their own countries is important,” said Poon in Hong Kong. “This (new henipavirus) may not only be circulating in China.”
Critical concerns, according to scientists, need to be addressed regarding the new virus’s probable prevalence in nature, how it is infecting humans, and its level of harm to human health, including if it can spread between people or develop this capability if it continues to jump from animals into humans.

According to virologist Malik Peiris, also of the University of Hong Kong, the geographic range of the infections “suggests that this infection risk is rather widespread,” adding that studies in other parts of China and its neighbors are crucial “to ascertain the geographic range of this virus in the animals (shrews) and in humans.”
The necessity for rigorous investigations to comprehend not just this virus but the bigger picture of human infection with viruses from animals, he added, was highlighted by the recent discoveries that suggested a significant number of undiagnosed infections spreading from wildlife to people.