Using The Justification Of “Imminent Threats To Human Life,” A US Internet Service Provider Blocks An Unpopular Online Forum 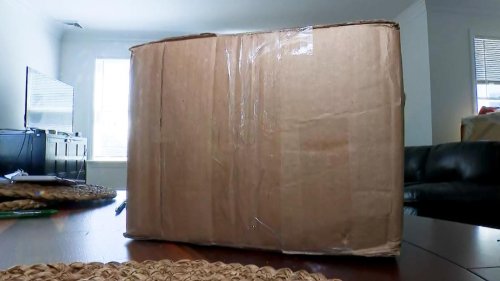 When Kiwi Farms was implicated in a campaign of intimidation and violent threats against Canadian trans woman and Twitch streamer Clara Sorrenti, Cloudflare made its decision.
Sorrenti, also known online as “Keffals,” started a campaign for Cloudflare to quit supporting the website.

Sorrenti claimed she just left her home in Canada and flew to Belfast, Northern Ireland, to stay with a friend because she was concerned for her safety after her personal information was published online. She claims that the online trolls were able to locate her there though.
According to The Sunday Times, police in Northern Ireland are looking into threats made against her there.
The move by Cloudflare comes in the midst of a discussion about what should be done about hate and harassment campaigns that are coordinated using their services by large internet corporations and platforms.

The CEO of Cloudflare, Matthew Prince, has long expressed unease about his organization’s possible involvement in determining what can and cannot be published online. Others in Silicon Valley who contend that it shouldn’t be up to them to regulate internet expression share this opinion.

After blocking Kiwi Farms on Saturday, Prince stated in a blog post, “This is an extraordinary decision for us to make and, given Cloudflare’s role as an Internet infrastructure provider, a risky one that we are not comfortable with.”

However, he noted that “during the last 48 hours, specific, targeted threats have increased to the degree that we believe there is an unprecedented emergency and urgent threat to human life unlike we have previously seen from Kiwifarms or any other client,”
“Kiwifarms receive security services from Cloudflare, shielding them from DDoS and other online threats. We have never served as their host, “Prince threw in.
After 8chan was implicated in a shooting in El Paso, Texas that left 23 people dead, Cloudflare withdrew its support for the hate-filled platform in 2019.
Last Wednesday, Cloudflare published a blog post attempting to clarify its stance in response to mounting public pressure to stop supporting Kiwi Farms.

Although Cloudflare claimed that its efforts to stop supporting 8chan in 2019 and the neo-Nazi website The Daily Stormer in 2017 had unexpected consequences, the post did not specifically mention Kiwi Farms.
The blog post stated that, “in a highly worrying response, we noticed a huge spike in authoritarian regimes trying to have us discontinue security services for human rights organizations after both terminations.”
By Sunday morning, Kiwi Farms had found a new service provider and was largely back online.
Sorrenti told CNN on Sunday that she would keep pushing for all internet service providers to reject Kiwi Farms as a customer.