Few days ago the popular American actor Leonardo Dicaprio, 47, was getting a lot of buzz in the media over his recent break-up from his now ex-girlfriend Camila Morrone, 25. This became a controversy because its been the same pattern with the popular actor for a few years now, many believe something is wrong with the actor only dating young women in their early 20s and not within his age. A survey was conducted via Youtube to an audience of over 400 thousand asking their perspective on the matter, the survey asks the question; Is it okay for Leonardo Dicaprio to date a 22-year-old? 52 percent said YES while the NOs  stood at 34 per cent 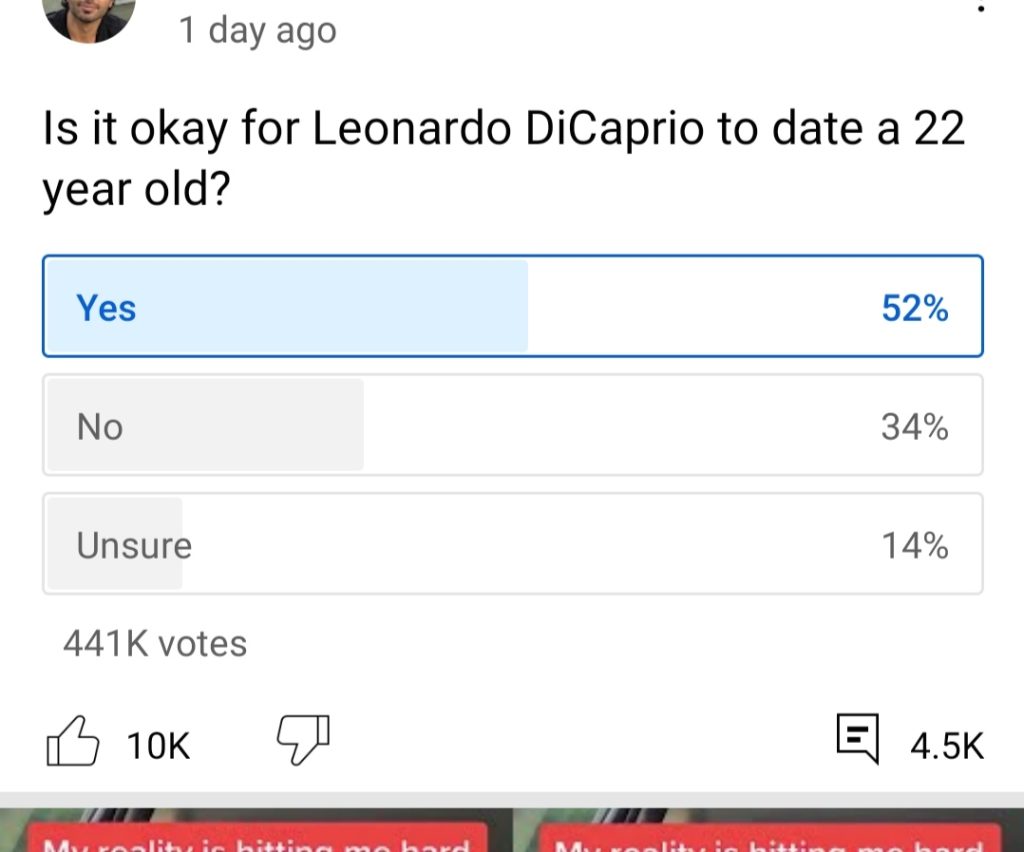