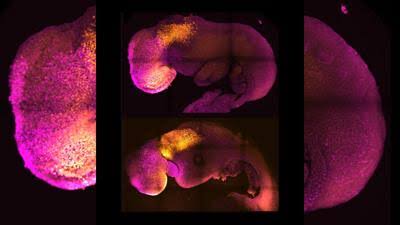 A recent study suggests that the ability to produce mouse embryos in a dish may one day be useful for couples trying to conceive.

According to a study published on Thursday in the journal Nature, after ten years of study, researchers produced a synthetic mouse embryo that started developing organs without a sperm or egg.

It only need stem cells.
Unspecialized cells called stem cells can be managed to develop into mature cells with specific roles.
Magdalena Zernicka-Goetz, professor of mammalian development and stem cell biology at the University of Cambridge in the United Kingdom, is the lead study author.

“Our mouse embryo model not only develops a brain, but also a beating heart, all the components that go on to make up the body,” she said. 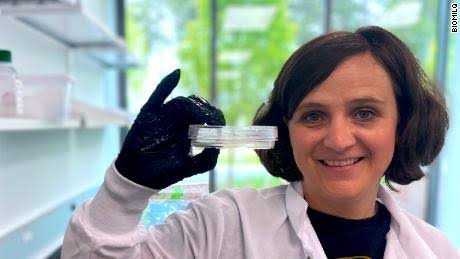 The fact that we’ve come this far is just amazing. Our community has long held this as a goal, and after ten years of hard effort, we have finally achieved it.

According to Marianne Bronner, a professor of biology at the California Institute of Technology in Pasadena, the research is a significant step forward and addresses a problem that researchers are facing when examining mammal embryos in utero (Caltech). Bronner didn’t take part in the investigation.

The essential developmental phases that were previously difficult to access can now be plainly seen because these develop outside of the mother.

Instead of using mouse embryos, the researchers want to model normal human pregnancies, many of which end in miscarriage, according to Zernicka-Goetz.
Scientists were able to gain a better understanding of the process to determine why some pregnancies might fail and how to prevent it by observing the embryos in a lab rather than a uterus, she continued.
Currently, only eight days of mouse synthetic embryonic growth have been observed by researchers, but they have already learned a lot, according to study author Gianluca Amadei, a postdoctoral researcher at the University of Cambridge.

According to Zernicka-Goetz, “it exposes the basic conditions that must be met to make the proper structure of the embryo with its organs.”
As it is, the research is not applicable to humans, and Benoit Bruneau, the head of the Gladstone Institute of Cardiovascular Disease and a senior researcher at Gladstone Institutes, noted that “there needs to be a great degree of improvement for this to be truly useful.” Bruneau did not take part in the investigation.
However, experts envision significant applications in the future. According to Zernicka-Goetz, the procedure can be utilized right away to test novel medications. In the long run, though, if researchers switch from using mouse artificial embryos to a human embryo model, it might also make it easier to create artificial organs for those in need of transplants, Zernicka-Goetz remarked.

According to study author David Glover, research professor of biology and biological engineering at Caltech, “I consider this work as being the first example of work of this kind.”

How it was done

According to the study, an embryo needs three different kinds of stem cells to develop in utero: one kind forms the body tissue, another the sac in which the embryo develops, and the third type forms the placenta that connects the mother and the fetus.
The three different stem cell types were separated from embryos and cultivated in Zernicka-lab Goetz’s in a container that was tilted to bring the cells together and promote cross-talk.

They were able to watch the collection of cells develop into a more complicated structure day by day, she claimed.
Before utilizing human synthetic embryos, there are moral and legal issues to be resolved, according to Zernicka-Goetz. And because human embryos are more sophisticated than mouse embryos, it might take decades for researchers to create human models using a similar method, according to Bronner.
But in the meanwhile, Zernicka-Goetz added, the knowledge gained from the mice models might “repair failing tissues and organs.”

The mystique of human being

According to the study, these three separate stem cells communicate with one another chemically and mechanically in the first few weeks following conception in order for the embryo to develop normally.
The majority of women don’t even recognize they are pregnant at this point in time, according to Zernicka-Goetz, a Caltech professor of biology and biological engineering. “Everything else in pregnancy that comes after this stage is built on this time. The pregnancy will not succeed if something goes wrong.”

But by this stage, an embryo created through in vitro fertilization is already implanted in the parent, so scientists have limited visibility into the processes it is going through, Zernicka-Goetz said.
They were able to develop foundations of a brain — a first for models such as these and a “holy grail for the field,” Glover said.
In a press release, Zernicka-Goetz stated, “This phase of human existence is so mysterious, so to be able to watch how it happens in a laboratory — to have access to these individual stem cells, to understand why so many pregnancies fail and how we might be able to prevent that — is extremely amazing.” “We examined the conversation that must take place between the many forms of stem cell at that time — we’ve shown how it occurs and how it can go wrong.”