Boycott: Survey In Holland Finds Just 14 Per Cent Will Be Watching The World Cup On TV 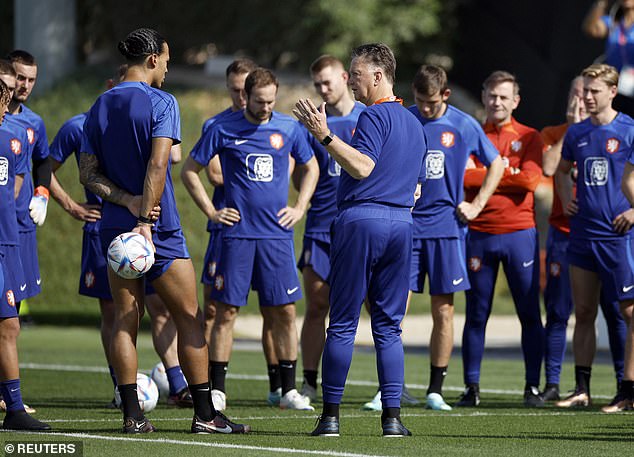 Dutch fans are boycotting the World Cup because of concern for human rights, according to Netherlands coach Louis van Gaal, but he believes that if his team advances to the final next month, they would at least watch the game on television.
Van Gaal reiterated his argument that major football-playing nations should be the only ones allowed to host the World Cup since Qatar’s stadium is too tiny to accommodate the competition’s 32 teams.

He added that his team would benefit from the expected 3,000 Dutch fans who will attend the competition.
He stated during a news conference on Wednesday that it was wonderful that they will be in attendance.

Van Gaal continued, “They are right to do that, but I hope we play so well that at the conclusion of the tournament when we play the final, they’ll be watching on TV how good we are,” in reference to supporters skipping the World Cup in Qatar for human rights concerns.

After years of poor press about Qatar, according to a study of 28,000 respondents in the Netherlands performed by EenVandaag and released on Tuesday, only 14% were interested in watching the event.
Many of the accusations regarding the treatment of migrant workers have been denied by the Gulf country, which asserts that the World Cup improved working conditions.
Van Gaal continued, “We have to play the World Cup in the most experienced football countries,” but he was also quite complimentary of the setup and resources.

“Our practice field is in the best possible condition.” The accommodations and organization were excellent. Although I am eagerly anticipating the competition, it is more crucial that my teammates share my enthusiasm.
On Monday, the Dutch face Senegal in the opening match of Group A, and Van Gaal is adamant that they have a chance to win the title.
We don’t, in my opinion, have the best players in the world on our team, but we do have players who can carry out the coach’s tactical strategy because I believe in teamwork and tactics, he continued.