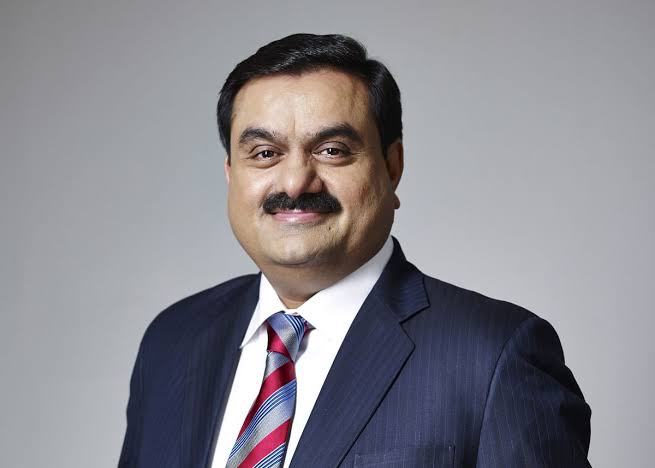 In 2022, the Indian tycoon becomes the richest person in the world as US tech stocks like Amazon decline. 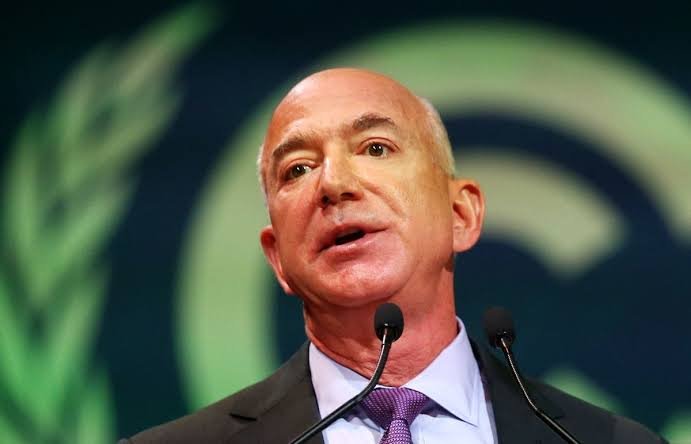 The second-richest person in the world is now Gautam Adani, an Indian tycoon who has shot up the wealth rankings this year at a breakneck pace. Jeff Bezos had previously held that position.Adani, who was ranked No. 14 on the Bloomberg Billionaires Index at the beginning of the year, now has a wealth worth $146.8 billion, second only to Elon Musk’s $263.9 billion. Some of his group companies have increased by more than 1,000% since 2020, and last week, shares of his flagship Adani Enterprises Ltd. rocketed to a record high.

As a renewed tech selloff on Friday once more battered the fortunes of the wealthiest Americans, Bezos is just $19 million behind Adani. The change in wealth rankings could only last a short while and is heavily reliant on Amazon.com Inc. shares, which are down 26% this year.

Adani initially topped Mukesh Ambani of India as the wealthiest Asian person in February, turned into a billionaire in April, and overcame Bill Gates and Bernard Arnault of France in the last two months. It’s the first time a person from Asia has ranked this highly in the wealth index’s upper tiers; up until now, US IT entrepreneurs have dominated the list. 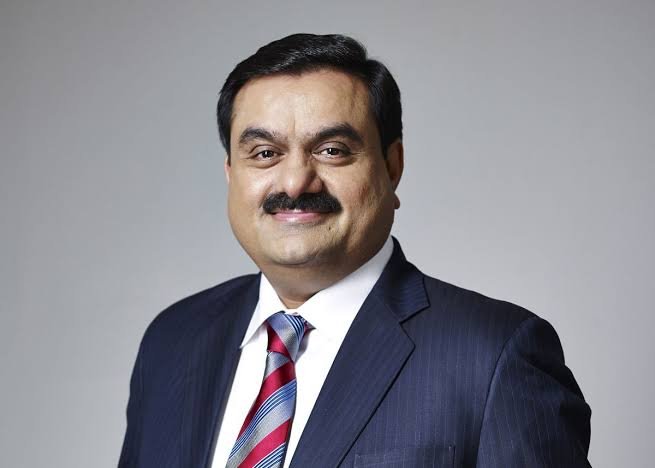 Adani, 60, left college early in the 1980s to try his hand in the diamond trade in Mumbai before settling on coal and ports. Since then, his conglomerate has grown to include everything from media to green energy to data centers, cement, and airports, concentrating on industries that Prime Minister Narendra Modi believes are essential to achieving India’s long-term economic objectives.

Adani’s empire, which also seeks to become the greatest renewable energy producer in the world, includes the nation’s largest private port and airport operators, city-gas distributor, and coal miner. It made a commitment to invest $70 billion in green energy last year, a move that some have condemned as “greenwashing” considering that the majority of the organization’s income still derives from fossil fuels.

Adani has received investments as a result of his drive into renewable energy and infrastructure from companies like Warburg Pincus and TotalEnergies SE, helping to increase the stock price of his companies and his own net worth. More than anyone else, he increased his wealth by roughly $70 billion this year, while most people experienced losses. 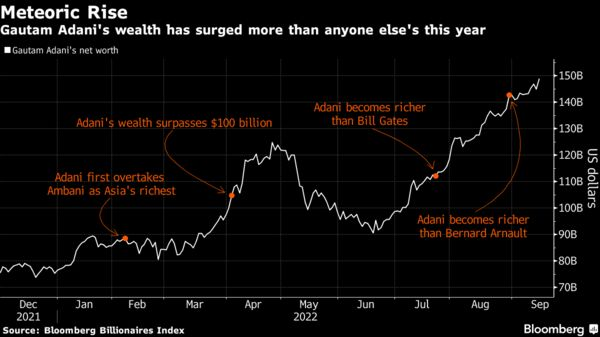 In a September assessment, the Fitch Group unit CreditSights referred to some of the companies’ leverage as being “elevated” due to Adani’s conglomerate’s quick expansion. According to the group, debt levels at its companies have declined recently.

Concerns about opaque shareholder structures and a dearth of analyst coverage are already present, and the scrutiny is just increasing them. In comparison to companies like Tesla Inc. and Amazon, whose valuations have been closer to 100 times earnings, certain Adani Group companies have traded over 700 times earnings.

Adani’s ascent comes with a tech selloff that has reduced Bezos’s wealth by more than $45 billion since January. Following his 2019 divorce from ex-wife MacKenzie Scott, who earned 4% of the e-commerce giant and was for years the world’s richest person, the founder of Amazon saw a huge decline in his net worth.

The Indian businessman, who has promised to donate $7.7 billion to social causes, has also been able to move up the wealth scale since many of the top IT entrepreneurs, including Gates, have increased their philanthropic contributions.

In addition to making a donation to the Smithsonian National Air and Space Museum, Bezos has pledged $10 billion to the battle against climate change.

To help reduce a widening inequality gap, leading philanthropists Gates and Warren Buffett launched the Giving Pledge project in 2010. The co-founder of Microsoft Corporation said in July that he would donate $20 billion to the Bill & Melinda Gates Foundation, another organization that Buffett has given more than $35 billion to.