According to a study, climate change is making over 200 diseases worse and weakening our immune systems. 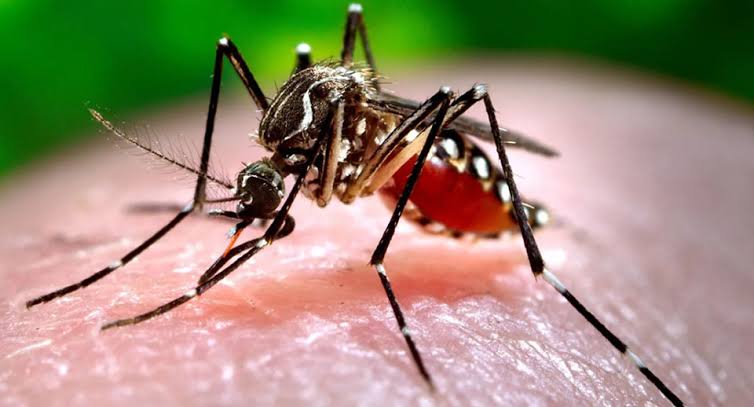 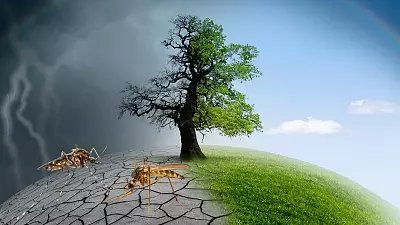 A recent study found that more than 58% of human diseases have gotten worse as a result of climate change.Researchers from Mamoa’s University of Hawaii carried out the ground-breaking study, which was published in Nature Climate Change on Monday. They conducted a methodical search for actual examples of how ten climatic hazards that are made worse by greenhouse gas emissions affect human diseases.Warming, drought, heat waves, wildfires, extremely high precipitation, floods, and storms were some of these, along with sea level rise, biogeochemical change, and land cover changes.Scientists searched through more than 70,000 scientific papers for evidence of direct connections between well-known diseases and climate change.

They found that all of the extreme climatic events made more frequent and severe by global warming had an impact on illnesses brought on by viruses, bacteria, animals, fungi, and plants.218 out of 375 diseases included in the analysis had a correlation with climate change.

Climate-related risks are getting closer

The proliferation of mosquitoes, ticks, fleas, birds, and mammals—which are responsible for the spread of several viruses and bacteria like dengue, the plague, Lyme disease, and malaria—as well as warmer temperatures and more humid environments associated with an increase in precipitation—have been found to be specifically related to hazards from climate change. These pathogens include those that cause dengue, the plague, Lyme disease, and malaria.

We came to the conclusion that expecting society to successfully adapt to all of them isn’t a realistic choice because of how climate change is affecting more than 1,000 transmission pathways… and how climate risks are spreading over the world.

In the wake of floods and storms, mosquito populations in particular have found a breeding ground, leading to an increase in the illnesses they spread, such as West Nile virus and yellow fever.

But germs are also getting closer to people as a result of climate change.

Contact between people and viruses grows as extreme weather events drive thousands of people out of their homes and into forced migration in some of the world’s most vulnerable regions.

While storms, floods, and sea level rise were linked to the spread of cholera, pneumonia, typhoid, hepatitis, respiratory illness, and skin diseases, among others, researchers have linked heatwaves with the increased spread of waterborne diseases like Vibrio (bacteria-caused infections) and gastroenteritis.

While our bodies’ immune responses have weakened as a result of the additional stress of hazardous conditions, unsafe living conditions, and the uncertain access to healthcare people experience after an extreme weather event, the pathogens themselves are becoming stronger in order to adapt to the changing weather.

According to Camilo Mora, a geography professor in the College of Social Sciences (CSS) and the study’s lead author, “it was truly frightening to discover the massive health vulnerability resulting as a consequence of greenhouse gas emissions given the extensive and pervasive consequences of the COVID 19 pandemic.”

“Simply put, there are simply too many diseases and disease-transmission routes for us to believe that we can effectively adapt to climate change. It emphasizes the pressing need to lower greenhouse gas emissions on a worldwide scale “.

But the research also revealed some encouraging information.

Time is running out for humans to adapt.

Extreme weather events linked to climate change have often made diseases worse, but some have improved. In fact, viruses and diseases that can’t thrive in warmer climates decreased.

But this hardly makes up for how much more severe diseases have become as a result of how greenhouse gas emissions are altering the environment on our planet. The authors of the paper argue that it is doubtful that humans would be able to adapt in time to combat these more potent and ubiquitous diseases.

We came to the conclusion that expecting society to successfully adapt to all of them isn’t a realistic choice because climate change is influencing more than 1,000 transmission channels like those and climate hazards are becoming increasingly prevalent worldwide.

To lessen these dangers, “the world will need to limit greenhouse gas emissions that are causing climate change.”