A Jurassic Dinosaur Fossil Will Be Auctioned Off In Paris 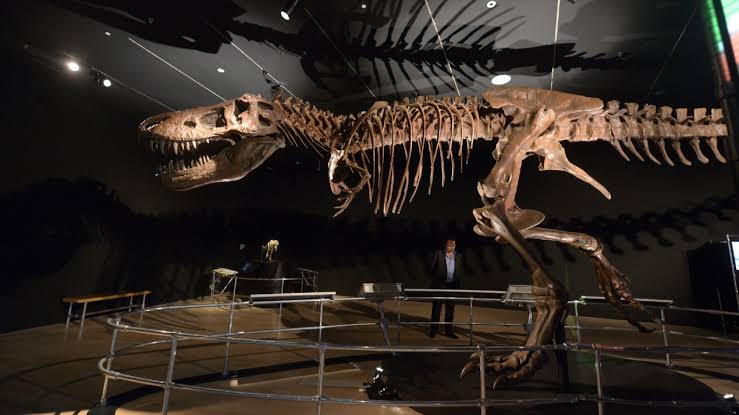 Next month, an auction in Paris will include a dinosaur skeleton that is 150 million years old.
The fossil, named Zephyr, which derives from the Greek word “Zephyros,” or “west wind,” dates back to the Upper Jurassic period and is expected to sell for between 400,000 and 500,000 euros ($405,180 to $506,670).
According to Iacopo Briano, the paleontology specialist who is curating the sale of the fossil for the Parisian auction house Giquello & Associés, workers accidentally discovered the ancient skeleton in 2019 while doing road construction on private land in a quarry along Skull Creek in Moffat County, Colorado. According to him, the location is not far from the Dinosaur National Monument and the town of Dinosaur. 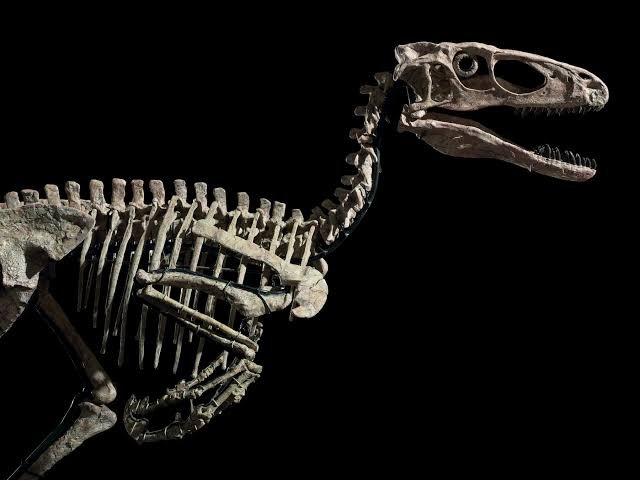 Fortunately, a group of commercial paleontologists who specialize in spending time, money, and effort excavating fossil remains were able to recover the bones, which Flavio Bacchia, the CEO of Zoic, later bought. said Briano. Zoic, situated in Trieste, Italy, offers equipment and technology for the identification and treatment of fossils and samples from prehistoric life.
Zephyr is a small dinosaur by dinosaur standards, measuring about 10.7 feet (325 centimeters) long, 2.5 feet (75 centimeters) wide, and 4.3 feet (130 centimeters) tall. Zephyr is an iguanodon, a herbivorous species named for its teeth, which are similar to those of modern iguanas.

As the auction business had “so many clients and collectors asking for “a dinosaur that will fit my living room,”” Briano claimed that he had been “searching for such a small-sized specimen.”
After three days of open viewing, the dinosaur will be put up for auction on October 20 at 3 p.m. local time at the Hôtel Drouot in Paris, according to Briano. Natural history aficionados will also get the chance to bid on 12 to 15 additional fossils, such as mammoth tusks, a nest of dinosaur eggs from France, and a slightly over 13-foot (4-meter-long) huge predatory fish unearthed in Kansas that lived during the Cretaceous period.

Although Briano noted that dinosaur skeletons at previous Giquello auctions sold for more than anticipated, he claimed he is unsure of how high the bidding could go. Allosaurus Big Sara was initially valued at 1 million euros but was sold in 2020 for 3 million euros. He had estimated that Big John, a triceratops, would fetch 1.2 million euros, but in 2021, a buyer paid 6.6 million.
If we perform our jobs well, we might be able to draw enough interested parties to create a minor bidding war in the room, Briano remarked.

Auctions Of Fossils And Ethical Discussion

Scientists have differing opinions on the issue of dinosaur skeletons like Zephyr being sold at auction or owned privately. Some acknowledge that museum collections have historically included purchases from commercial sources.
At a Sotheby’s New York Natural History auction in July, a remarkable find—the ancient skeleton of a Gorgosaurus, which is slightly over 9 feet (2.8 meters) tall and 22 feet (6.7 meters) long—sold for more over $6 million. According to Sotheby’s, the Gorgosaurus species, which is approximately 77 million years old, is linked to the deadly Tyrannosaurus rex but is faster and has a stronger bite force.

The only specimen of its species ever offered for private possession, all other known Gorgosaurus specimens being in museum collections, the fossil was found on private property in the Judith River Formation in Montana’s Choteau County.

P. David Polly, a professor and the head of the department of Earth and atmospheric sciences at Indiana University Bloomington, told CNN in July that “in my own perspective, there are just cons.” “While there is undoubtedly no law in the US that supports this for fossils that are found on private property, it is simple for me to argue as a scientist that the fossil is significant to all of us and really ought to be going into a public repository where it can be studied—where the general public can learn from it and enjoy it.

In contrast to fossils on public lands, which are subject to federal regulation and essentially belong to the government or “the people, if you will,” Polly added, fossils on private properties in the United States belong to individuals who are free to do with them as they like.
According to Briano, this is Giquello’s sixth dinosaur auction.