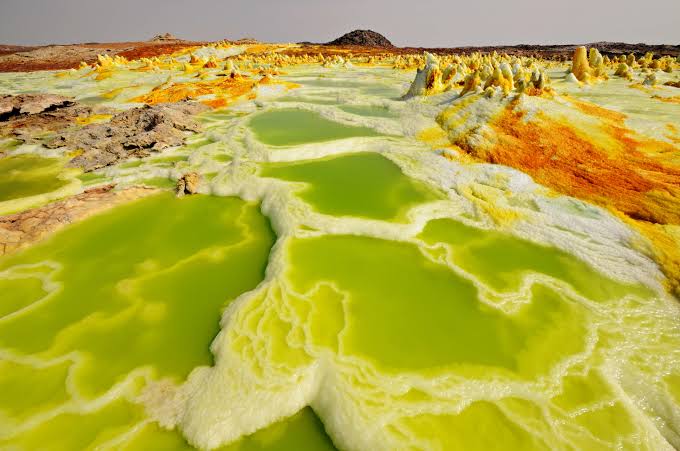 While there are many areas on the planet that may easily be mistaken for paradise, there are others where one should avoid going due to unknown hazards lurking around every corner. We’ve covered exactly those places you should avoid if you’re seeking for a vacation spot that is both beautiful and safe.People who want to go on a world tour should avoid visiting specific regions that have been confirmed to be the most dangerous places in the world to visit. We’ve compiled a list of some of the most harmful among them. These places are for you if you’re looking for a genuine experience. 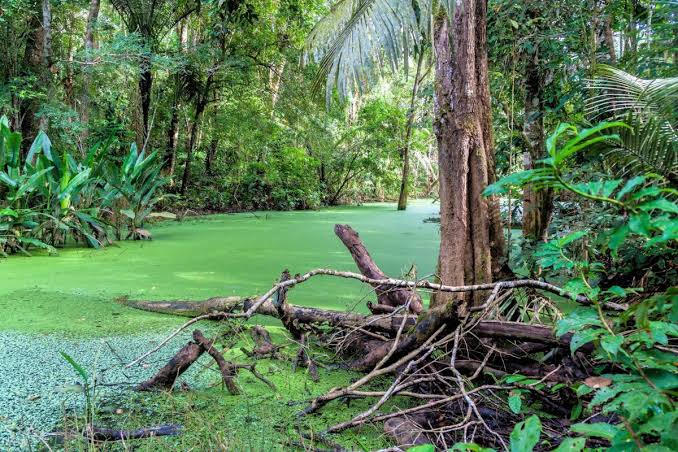 Madidi National Park, in Bolivia, is a 19,000-square-kilometer park located along the Amazon River. The deep forest of the national park is home to a diverse range of plants and fauna, some of which are poisonous and unfit for human

consumption.Because the woodland is densely forested, visitors should avoid visiting the park alone. Because it houses exceedingly deadly animals, birds, and plants, the forest is one of the world’s largest protected areas, and it ranks among the most dangerous locations to visit on the planet. 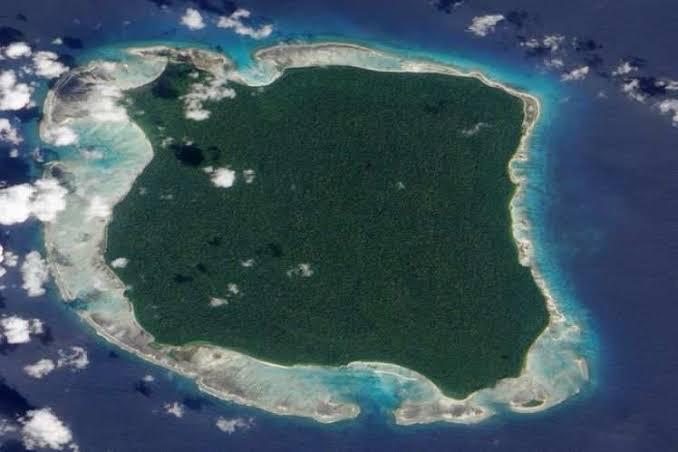 The Andaman Islands’ North Sentinel Island is regarded as one of the world’s most dangerous tourist destinations. The locals have been living in their old ways, refusing to link to the outside world in any way.

The indigenous people who live on this island are unaccustomed to visitors, and when tourists arrive, they perceive them as a threat and resort to violence. 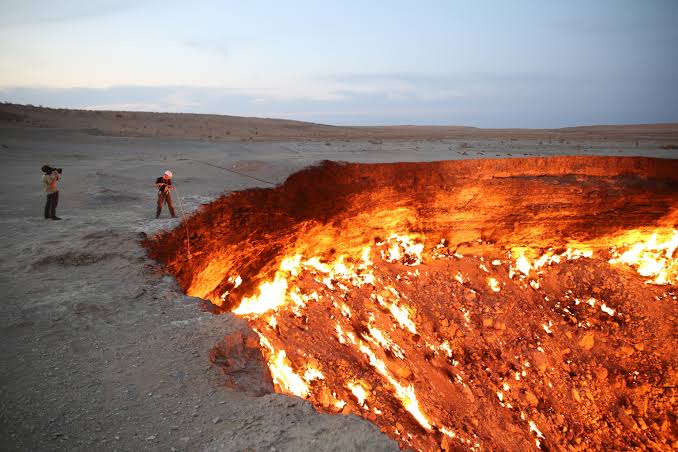 The “Gates of Hell” are the Turkmenistan Darvaza Gas Crater. It is a natural gas field within an underground cave that has been burning since 1971, when geologists lit it on fire to prevent methane gas from spreading. It’s near the village of Derweze, Ashgabat, in the center of the Karakum Desert, about 260 kilometers north of Turkmenistan’s capital.The place was dubbed “Door to Hell” by locals because of the explosion, boiling mud, and orange flames in the massive crater, which measured 70 meters (230 feet) in diameter. The hotspots covered a 60-meter-long (200-foot) by 20-meter-deep (66-foot) region.

The place was dubbed “Door to Hell” by locals because of the explosion, boiling mud, and orange flames in the massive crater, which measured 70 meters (230 feet) in diameter. The hotspots covered a 60-meter-long (200-foot) by 20-meter-deep (66-foot) region.

The Danakil Desert in East Africa is one of the world’s most desolate landscapes. The Danakil Desert is not easily accessible for travel enthusiasts, with temperatures often exceeding 50°C (122°F), as well as volcanoes and geysers spewing hazardous gas. Even if you only stay for a short time, your physical health can suffer greatly. 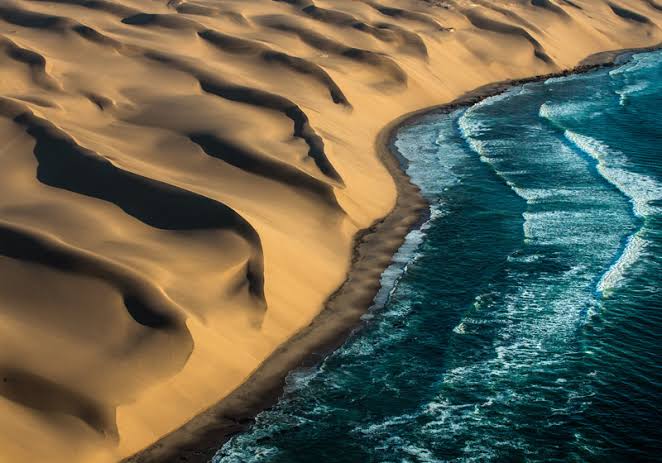 The Skeleton Coast stretches from southern Angola to northern Namibia. It runs from the Kunene River in the south to the Swakop River in the north. Because of its brutal climate, the skeleton coast is considered one of “the worst places on earth,” with little chance of survival.

Travelers will find it difficult to explore this quiet place due to the weather, hot winds, and a shortage of food and drink.Aside from natural hazards, human concerns (such as gang violence and robbery) make the area unsuitable for tourists to visit. It is without a doubt one of the world’s most dangerous locations. 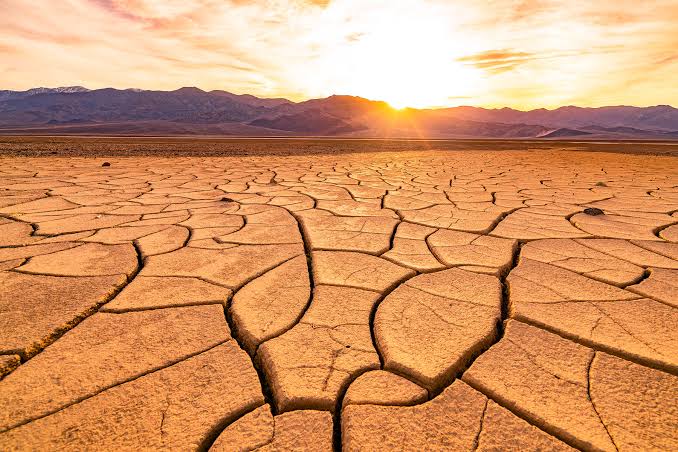 Death Valley is a scorching hot desert valley located on the California-Nevada border. It is often regarded as one of the world’s hottest destinations. There are just a few deserts in the Middle East and Africa that can compete with Death Valley in terms of summer temperatures.In July 2018, the hottest place on Earth set a new record for warmest month.

108.1°F was the average temperature, including nighttime lows. The daily highs have been 127°F for four days in a row, which is the hottest temperature ever recorded. 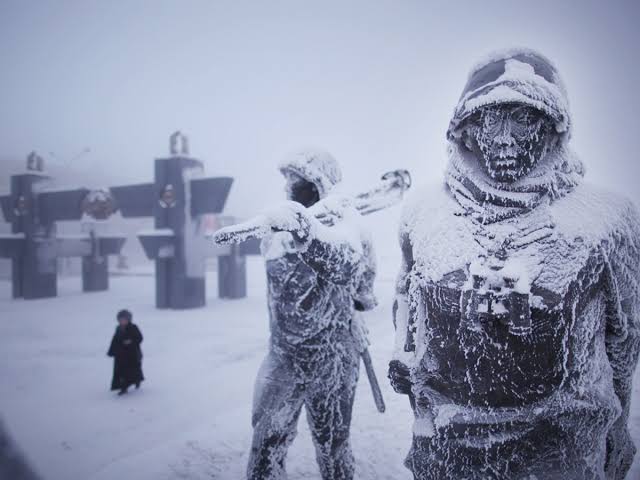 Oymyakon is a tiny Russian settlement in the Oymyakonsky area. Because of its harsh weather conditions, this location is regarded one of the most deadly. In this place, life is unable to sustain due to the extreme temperatures.

The temperature lowers to -40 degrees Celsius (-90 degrees Fahrenheit), making it hard for tourists or travelers to visit the area safely because few people can withstand this cold. 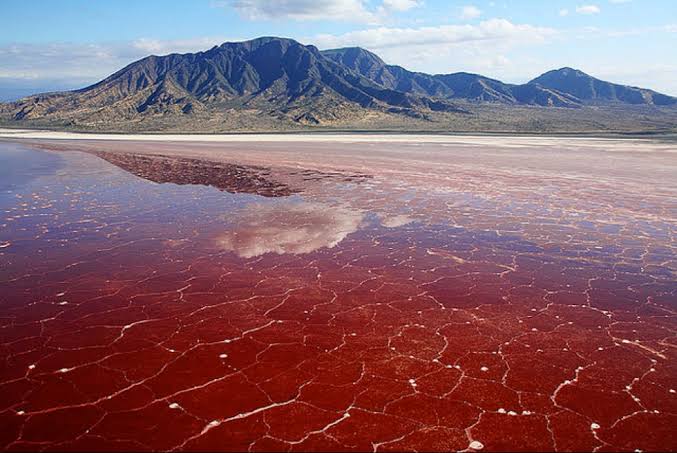 The lake’s unusual pink-red hues are due to the presence of red-colored microorganisms. Despite the fact that most species are unable to survive in the 120°F lake water, cyanobacteria have colonized Natron and given it its distinctive red and orange hues.Surprisingly, 2.5 million Lesser Flamingos live in Lake Natron, despite the fact that it is one of their only breeding habitats, making the lake’s protection a critical priority. 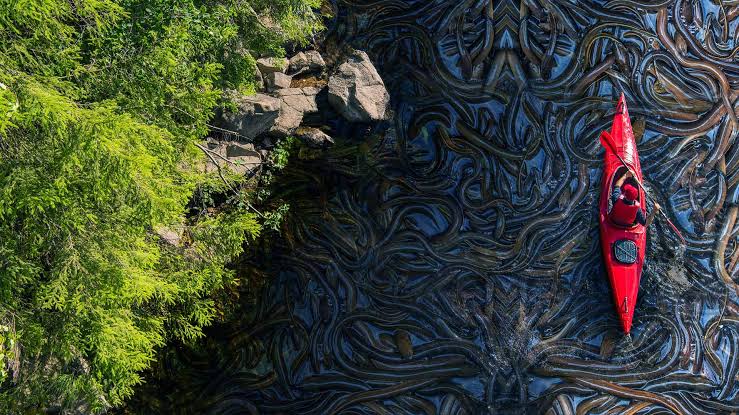 Snake Island, in Brazil, is often recognized as one of the world’s most dangerous locations. This deadly island, 90 miles off the coast of Sao Paulo, is home to the world’s most densely populated snake population.

No local would ever dare to walk on an island some 25 miles off the coast of Brazil. According to legend, the last fisherman who ventured too close to his shores was discovered drifting in his boat, deceased in a blood pool, days later. The mystery island is called as Ilha da Queimada Grande, and it is said to be so perilous to visit that the Brazilian government has made it illegal for anybody to go there. 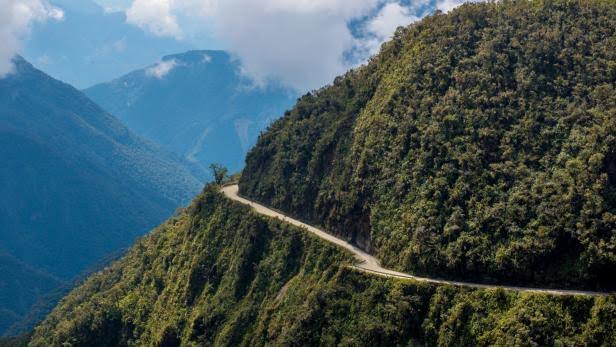 North Yungas Road is known as “Death Road” for all the reasons you might imagine. Fog, landslides, rivers, and cliffs plunging 2,000 feet (610 meters) in each turn make driving up or down this 43-mile (69-kilometer) switchback exceedingly risky. Until 1994, about 300 drivers were killed every year, earning it the moniker “Death Highway” and placing it on the list of the world’s most dangerous places to visit.