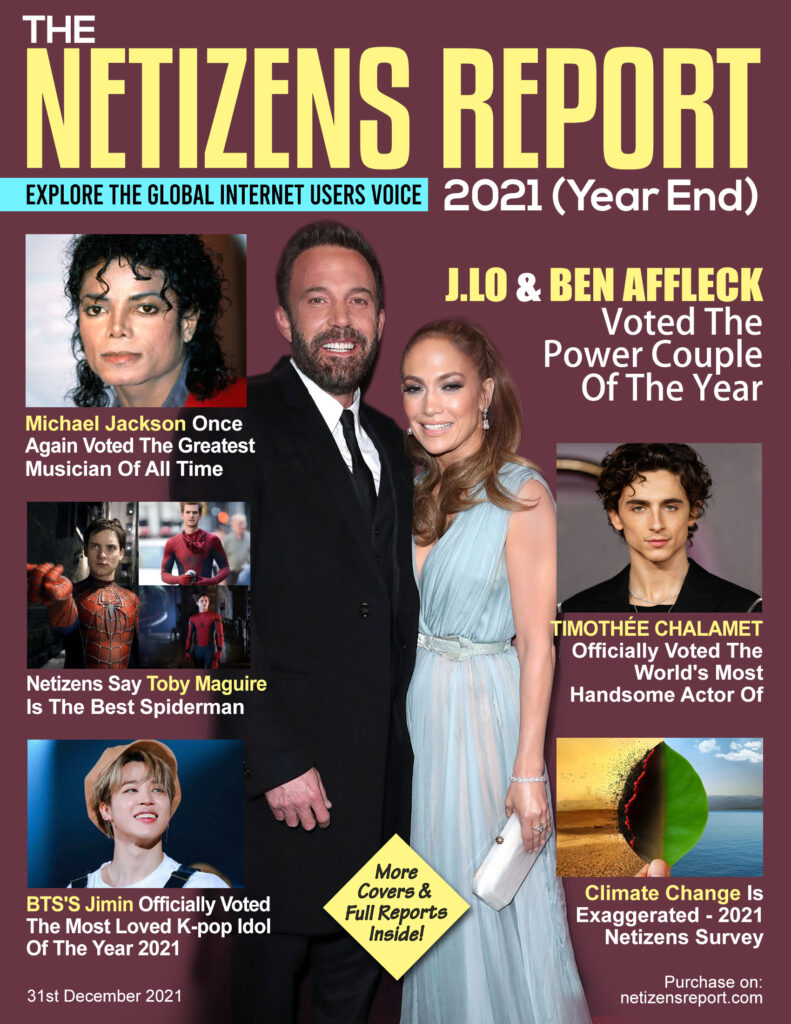 – Toby Macguire is the most loved Spider-Man.

– Sweden voted the best country to live in 2021

-Park Jimin voted the most loved K-pop idol of 2021

These are a few of the catchy titles and insights from the latest release of the biannual serial, The Netizens Report. According to the information in the pages of their latest year-end issue for 2021 which is based on the polls and surveys they carried out on their platform during the year.

On the cover, they had Bennifer 2.0 as the celebrity couple of the year based on the Netizens choice.

And for K-pop enthusiasts based on the polling report from the magazine, it turns out Jimin member of the popular K-pop group BTS is the most loved idol for the year 2021, as he shines on the dedicated page for the singer in the latest edition.

Apparently, on a global scale, many people still believe Climate Change is exaggerated even though most admit there is such thing as global warming according to the report from the issue.

The Netizens Report 2021 year-end issue has been confirmed to be available for worldwide purchase with the official cover released earlier this month. The international survey and polling serial which made its first issue last year shared with us the most interesting and insightful topics around the world in the 2021 calendar year. This version covers sectors and topics related to; politics, environment, entertainment/celebrity, sports, health, pop culture and society in general.

This latest edition features global insights on controversial topics such as climate change, abortion, LGBT and more, showing global stands on these issues. It must be said though, the most popular and interesting sector in the Netizens Report is the celebrity/entertainment category where public figures are named and given titles based on netizens choice as we get to see what the general public thinks of world-famous celebrities and global insights on entertainment as a whole.