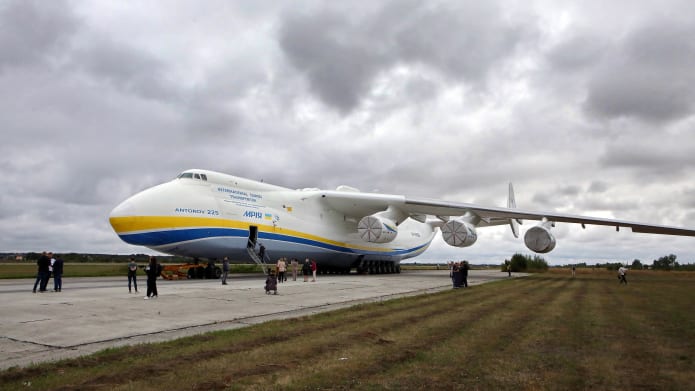 According to Ukrainian officials, the Antonov AN-225, the largest plane in the world that had almost achieved cult status, was destroyed during the Russian invasion of Ukraine. This caused alarm and sadness among the aviation community.
The large airplane, known in Ukrainian as “Mriya,” or “dream,” was attacked by “Russian occupants” as it was parked at an airfield close to Kyiv, according to Ukrainian police, who also stated they will repair the aircraft.

“Russia might have ruined our “Mriya.” They won’t be able to demolish our vision of a powerful, free, and democratic European state, nevertheless. We’re going to win!” Dmytro Kuleba, the foreign minister of Ukraine, posted on Twitter.
There hasn’t been any independent verification of the plane’s demise. The Antonov Company stated in a tweet that until the aircraft was examined by specialists, it could not confirm the “technical condition” of it.
The Antonov is managed by the Ukrainian national defense business Ukroboronprom, which said in a statement on Sunday that the plane had been damaged but will be rebuilt at a cost of $3 billion to Russia.

According to the statement, the restoration will likely take more than three billion dollars and more than five years. Our duty is to make sure that the Russian Federation, which intentionally damaged Ukraine’s aviation and the air freight industry, is responsible for these expenses.
The company later released a statement claiming that on February 24 the aircraft was grounded nearby Kyiv for repair.
Even though the proper directives were sent, the plane couldn’t take off that day because one of the engines had to be taken apart for repairs, according to the director of Antonov Airlines. 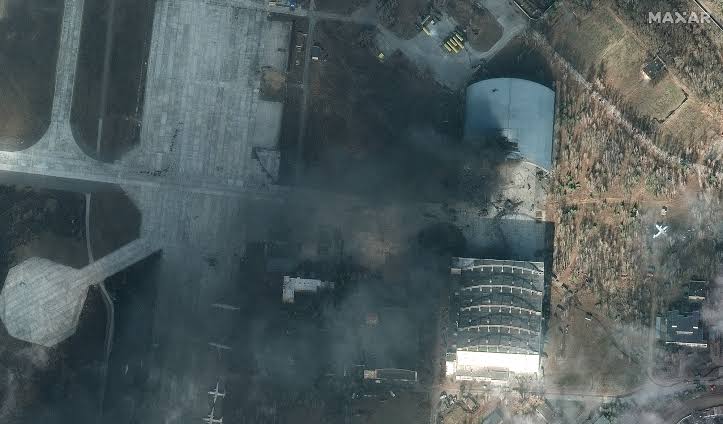 The Hostomel airstrip, where the AN-225 was stationed, was reportedly taken by Russian forces on Friday. Russian airborne troops were seen setting up their positions by a CNN team on the ground.
The hangar where the AN-225 is kept has substantial damage, according to satellite photographs from Maxar Technologies.
In the meantime, other fires were discovered at the airport, including one in the hangar where the jet is kept, according to NASA’s Fire Information for Resource Management System. The NASA data, which is derived from a number of NOAA and NASA satellites, indicates that the fire at the hangar was discovered around 11:13 on Sunday.
The cause of these fires at the airport is unknown; it’s possible that they were caused by explosions from military attacks or actual fires. 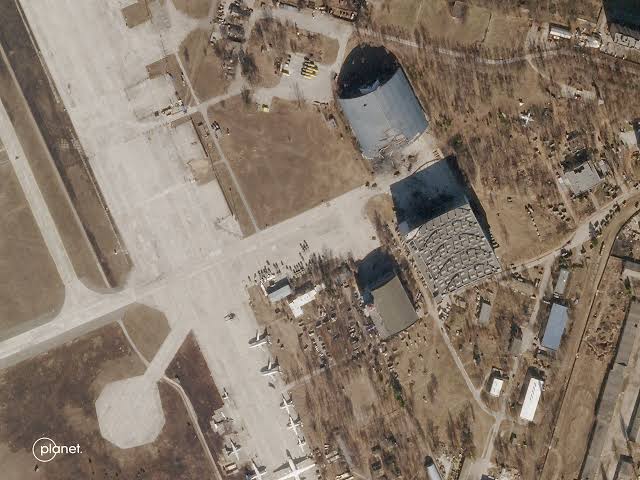 If true, the attack would bring an aircraft’s more than 30 years of service, which dates back to the Soviet era, to an abrupt stop.
Sometimes the AN-225 was called upon to assist in the airlifting of aid during crises in other nations. Following the 2010 earthquake in Haiti, it transported aid to the neighboring Dominican Republic. It served as a means of getting medical supplies to impacted areas in the early stages of the Covid epidemic.

It frequently drew sizable crowds wherever it traveled because to its fame in the aviation industry, especially when it made celebrity visits at air shows.
On Sunday, some of its supporters vented their disappointment on social media over reports that the aircraft had been destroyed. Sam Chui, a travel blogger, posted on Twitter, “Mriya – You will always be remembered!”
Mriya is still the heaviest aircraft ever constructed. She is propelled by six turbofan engines and can carry a payload of up to 250 tonnes either internally or externally. It has an aircraft with the widest wingspan among those that are currently in service. 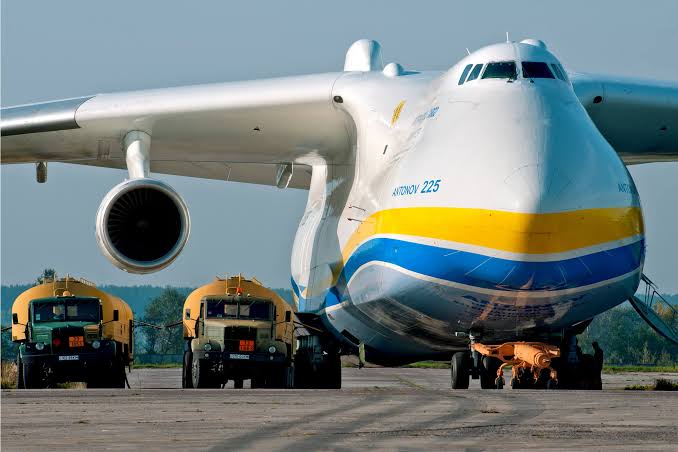 The design was created by the Kiev-based Antonov firm, who only ever produced one An-225. It took off for the first time in 1988 and has been in use ever since.

A second plane’s construction started, but it was never completed.
The An-225’s history starts in the 1960s and 1970s, when the Soviet Union and the United States were engaged in a space race.
By the end of the 1970s, it became necessary to move enormous and heavy goods from their assembly locations to the Baikonur Cosmodrome, a vast spaceport in the Kazakhstani desert that served as the launch site for Yuri Gagarin’s first space flight in 1961.
The Buran spacecraft, the Soviet Union’s equivalent of NASA’s Space Shuttle, was the object in question. The Antonov company was tasked with creating a jet capable of carrying it because none existed at the time.