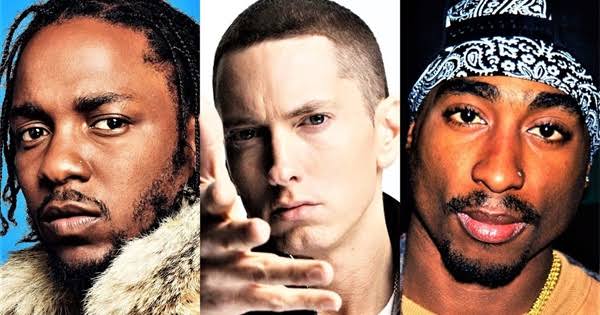 Since its invention in the 1970s, rap music has ruled the globe. Hip hop, which has its roots in the Bronx district of New York City, has now become popular practically everywhere in the world. Hip hop has been present since the 1970s, but it didn’t fully take off until the 1990s.

Rappers are currently among of the most popular artists in the world. However, a select few of rappers have achieved exceptional economic success, selling hundreds of millions of records globally. Here are the top 10 rappers who have ever sold the most records worldwide. Sales of certified singles and albums in markets that publish official certification figures are used to determine the ranking.

List Of Best Selling Rapper/Hip-Hop Artists Of All Time 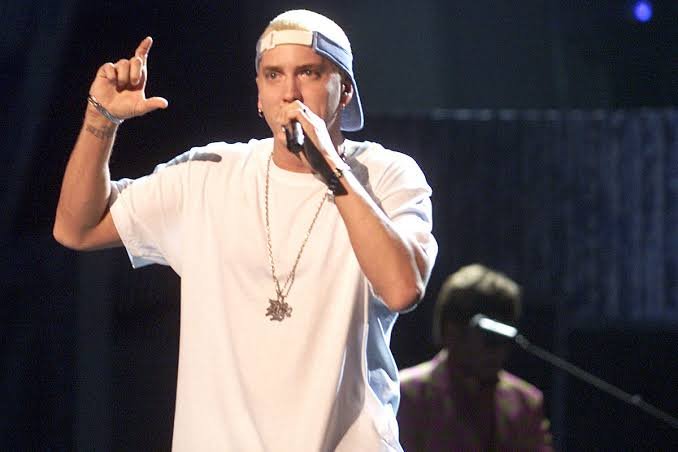 Rapper, record producer, songwriter, and actor Eminem is from the United States. He is regarded as one of history’s greatest and most important artists. He was referred to as the “King of Hip Hop” by Rolling Stone magazine, which also listed him among the “100 Greatest Artists of All Time.” At the age of fourteen, he developed a passion for rapping and started competing with friends in neighborhood open-mic events.

As he grew older, he founded “D12,” a gang of rappers that quickly gained popularity among local music fans. He soon caught the notice of renowned record producer Dr. Dre, who helped him develop hit albums like “The Slim Shady LP” and “The Marshall Mathers LP” with his backing.

He became one of the biggest stars in the rap scene because to his successful albums. His songs mostly discuss his personal challenges with his family and his job. This is regarded by many as his albums’ distinctive selling point, which makes them cherished by his followers. He has run into legal issues quite a bit. 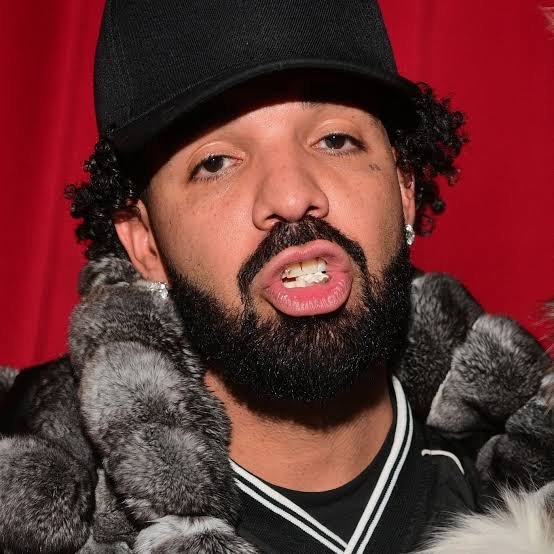 One of the best rappers in recent memory is Drake, a Canadian rapper, singer, and songwriter. He began his acting career in the Canadian TV series “Degrassi: The Next Generation,” but soon realized that his true interest, which has been music, is not acting. He started out as a musician by releasing a number of mixtapes on his own. He released the EP “So Far Gone” as his popularity grew.

Four studio albums—”Thank Me Later,” “Take Care,” “Nothing Was the Same,” and “Views”—were later released by him. His songs are known for their self-centered lyrics, which frequently discuss his personal relationships and experiences with women. 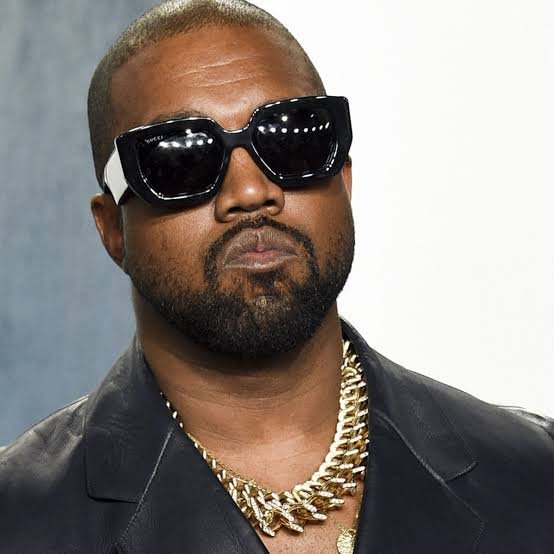 Rapper, fashion designer, and music producer Kanye Omari West hails from the United States. He was raised in middle-class surroundings in the Chicago area by his highly educated mother Donda West. He showed a talent for creativity and poetry from a young age.

At the age of seven, he started rapping, and shortly after, he told his mother that he wanted to record music in a more professional manner. He made the decision to leave college at the age of 20 in order to pursue a career in music. His mother encouraged him to pursue his goals. He began as a modest producer before meeting Jay-Z and working with him to create The Blueprint.

From that point on, Kanye West gained notoriety and worked with artists like Alicia Keys, Janet Jackson, Ludacris, and others. But West’s main ambition was to become a rapper, and it wasn’t until 2002 that he had the chance to make his debut album on his own. West made good hip-hop music for the entertainment industry with songs like The College Dropout, Late Registration, Graduation, My Beautiful Dark Twisted Fantasy, etc. from that point forward.

Music critics have always praised his work for its originality and the calculated risks he takes with his inventiveness. Whether it’s because of the many accolades he has received or the controversies he has sparked over the years, Kanye West has consistently made headlines. 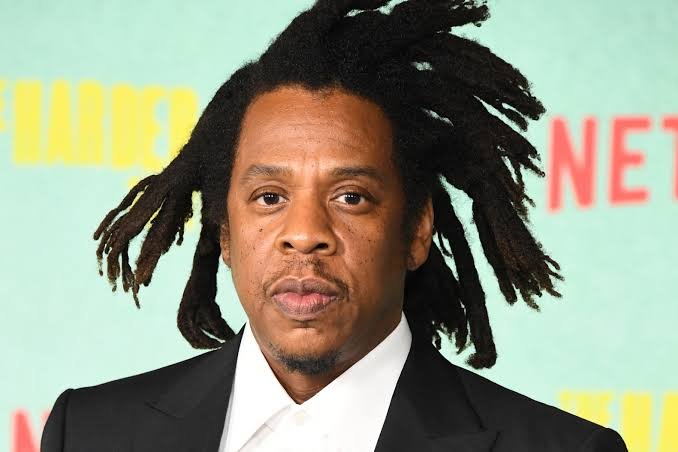 Shawn Corey Carter, an American rapper and businessman best known by his stage name Jay-Z, is one of the most well-known figures in the “rap” and hip-hop subcultures. Along with being one of the most popular rappers, he is also a great businessman and the owner of “Roc Nation,” an entertainment corporation.

Over 50 million copies of his records have been sold globally, and he has won numerous accolades. His albums frequently reach the top of the charts, including the renowned “Billboard 200.” His extensive discography says volumes about his dedication and cutthroat, aspiring character.

In addition to being a licensed NBA sports agent, he is an entrepreneur who owns the 40/40 Club, Def Jam Records, Roc Nation Sports, and Roc-A-Fella. Jay-Z recently shared the title as one of the most popular musicians of the new millennium with iconic rappers 50 Cent, Nelly, and Eminem. The majority of his paintings are reflections of his rocky upbringing and drug-filled youth.

Despite having relatively modest origins, Jay-Z has become a billionaire musician who enchants his audience with his captivating music. 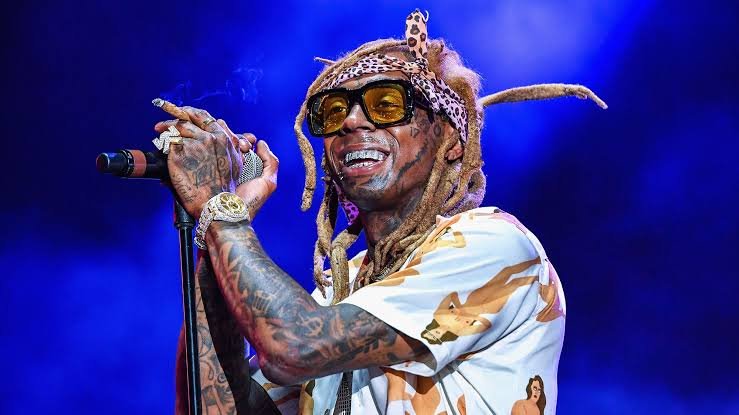 Lil Wayne, real name Dwayne Michael Carter Jr., is a well-known hip-hop performer from the United States who has won the coveted Grammy Award among other accolades. Wayne started his career at the age of nine with “Cash Money Records” and later joined rapper Lil’ Doogie to form the American hip-hop duo “The B.G.’z.”

After a while, he joined the American hip-hop trio “Hot Boys,” which also included Lil’ Doogie (now known as B.G. ), Young Turk, and Juvenile. He launched his debut solo album named “Tha Block Is Hot,” which was certified platinum by the Recording Industry Association of America, around this time, and the group’s prominence later increased with the single “Bling Bling” and the platinum album “Guerrilla Warfare” (RIAA).

The hip-hop sensation released a number of other successful and well-received albums that not only helped him gain international recognition but also cemented his place among the top hip-hop musicians around the world.

One of the most successful musicians of all time, he sold more than 100 million records worldwide. Tha Carter III, his most well-known and lucrative album, sold more than a million copies in the United States in its first week and won him the Grammy Award for “Best Rap Album.” Young Money Entertainment is a musical label that Lil Wayne created. 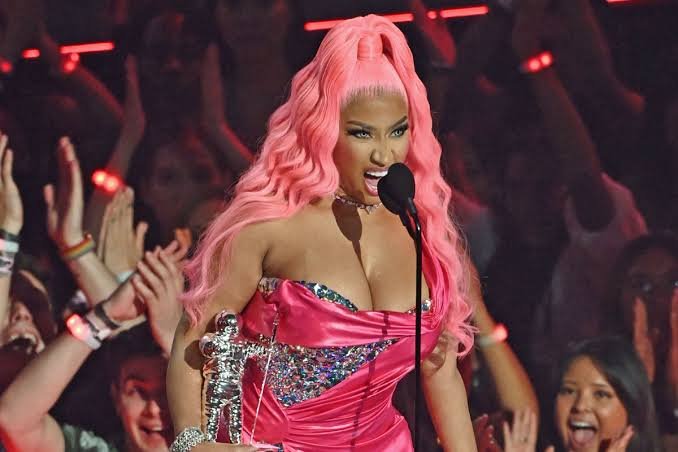 Rapper and singer-songwriter Nicki Minaj is American. The accomplished vocalist has made a name for herself as a television personality and a role model for women’s empowerment. She has gained popularity as a solo artist and as a cameo voice on other albums thanks to her distinctive voice (which frequently incorporates many dialects) and intense, fast-paced rap style.

In addition to her music, Minaj is renowned for her daring, loud fashion choices, which include vivid makeup, outrageous hairdo, and unusual outfits. 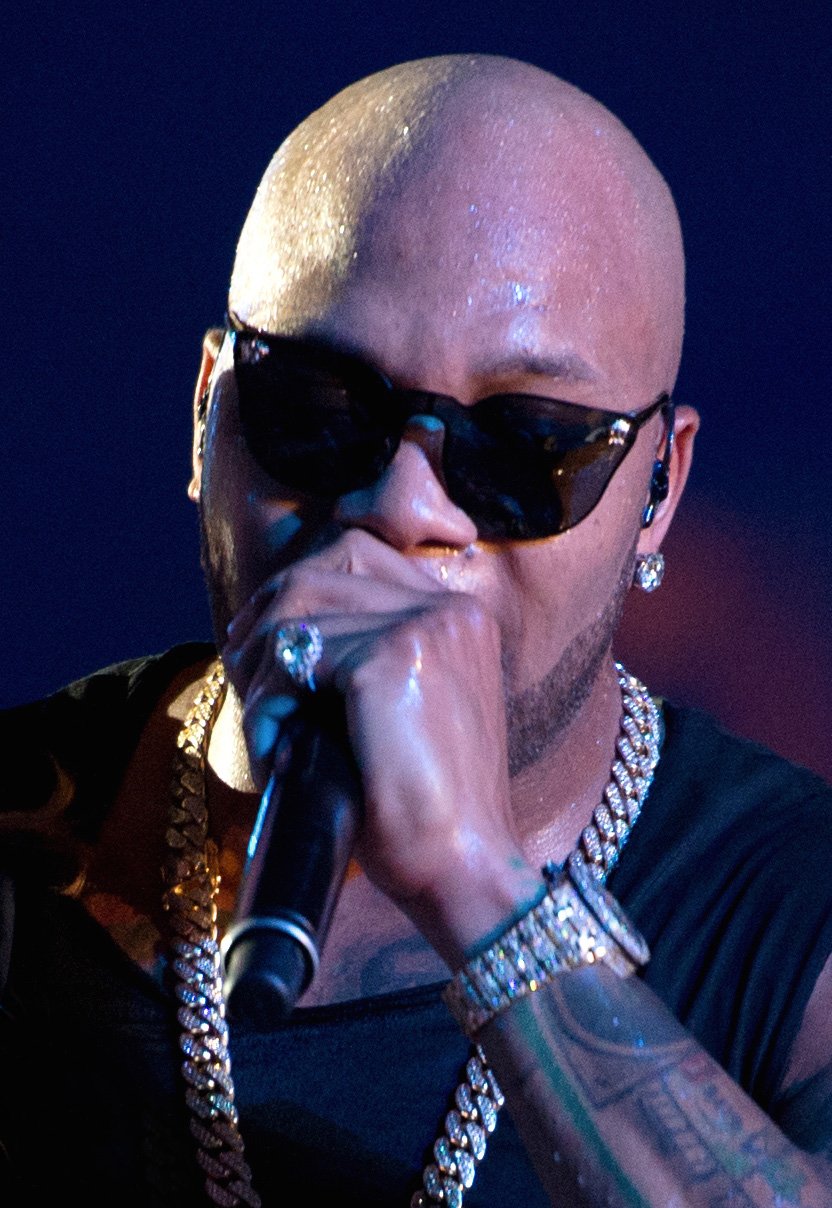 Rapper, songwriter, and musician Tramar Lacel Dillard is better known by his stage name Flo Rida. He became one of the best-selling music artists after the release of his first single “Low” and subsequent smash and number-one singles and albums.

At an early age, he became very interested in music and joined the “GroundHoggz,” an amateur rap group. He furthered his involvement with music by working with his brother-in-law, the hype man for the local rap group “2 Live Crew.”

He signed with “Poe Boy Entertainment” in an effort to break into the music business, but his debut single, “Low,” from “Atlantic Records,” proved to be the key to his success. It reached numerous national and international charts, including the US Billboard Hot 100, broke the record for digital download sales, and won several platinum awards.

The single was included on both the “Step Up 2: The Streets” soundtrack as well as his debut studio album, “Mail on Sunday.” Thereafter, albums like “Wild Ones” and “R.O.O.T.S.” and a number of hit singles including “Wild Ones,” “Right Round,” and “Whistle” appeared. 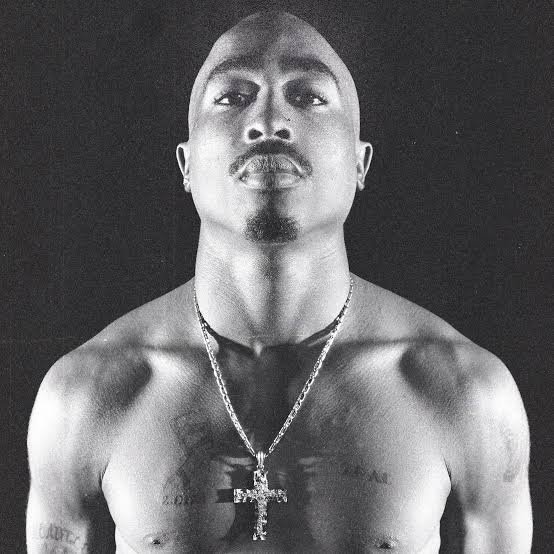 Tupac Shakur, better known by his stage name 2Pac, was a very popular rapper and actor who was renowned for his shocking and violent lyrics, which won him both admirers and detractors. His songs frequently made allusions to the ghettos, street fighting, sex, gangs, and other social issues he encountered as a young person.

The rapper and actor Tupac Shakur, better known by his stage name 2Pac, was well-known for his shocking and violent songs, which made him the target of both supporters and critics. The ghettos, street fighting, sex, gangs, and other social ills he experienced as a young person were regularly alluded to in his songs. 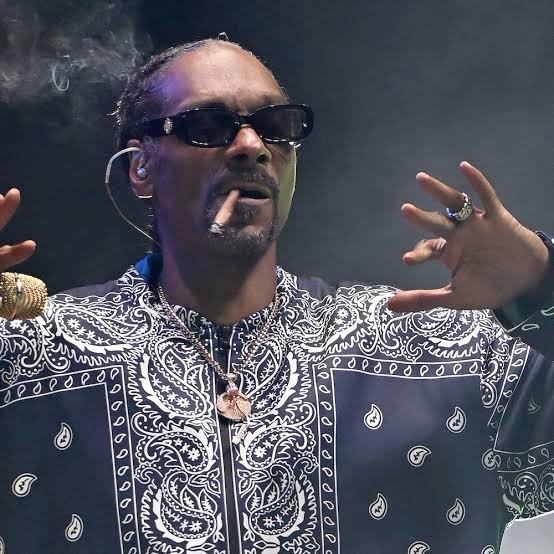 The American rapper and media personality Calvin Broadus, better known by his stage name “Snoop Dogg,” rose to prominence in the 1990s as one of the most well-known names in gangster rap. Despite becoming primarily famous as a singer, Snoop has acted in a large number of movies and television shows during his career.

With multiple hit albums over the years, including “The Doggyfather,” “No Limit Top Dogg,” “R&G (Rhythm & Gangsta): The Masterpiece,” and “Dogumentary,” he continued to enjoy success. Snoop has also made countless film and television appearances over his lengthy career. 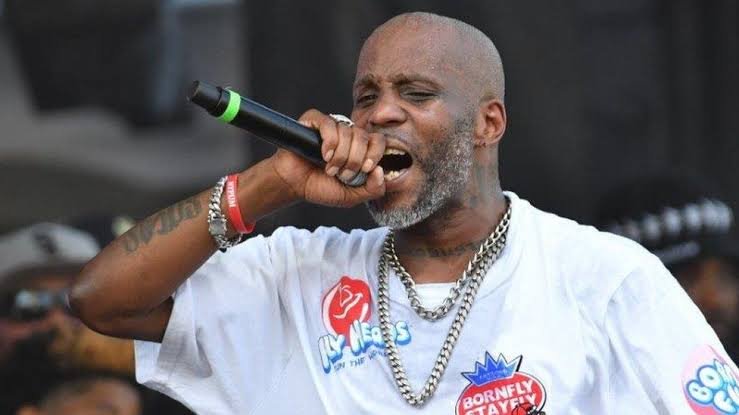 Rapper and actor Earl Simmons, well known by his stage name DMX, was from the United States. He started rapping in the early 1990s, and in 1998 he released his debut album, It’s Dark and Hell Is Hot. The album received positive reviews and was a commercial success, selling 251,000 copies in its first week.