Title: The GNAs Awards By Nubia Magazine! Popular But Is It Notable? 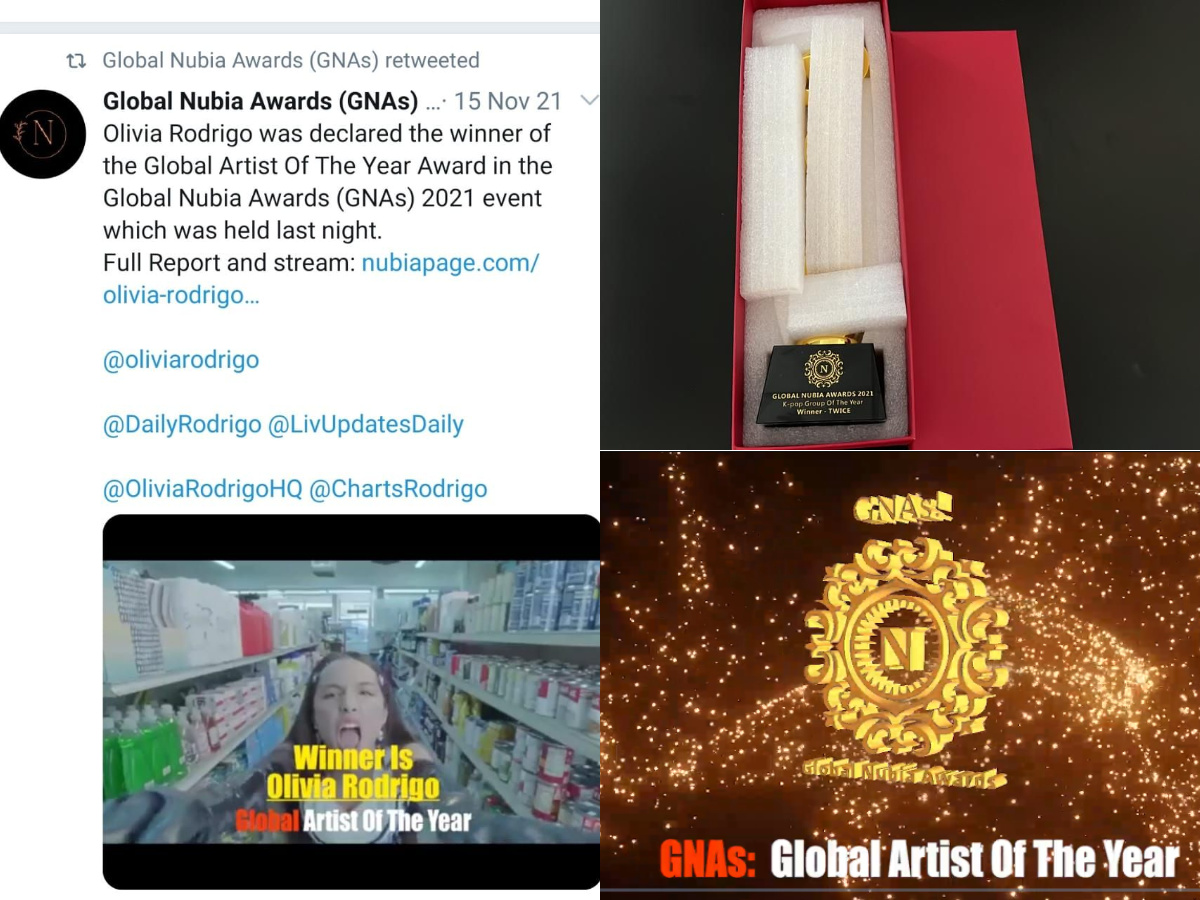 The Global Nubia Awards (GNAs) were trending on social media a few days ago, mostly on Tiktok and Twitter, with over 4 million video views on TikTok alone at the time of writing. Nubia Magazine, situated in the United Kingdom, is organizing the event! This has piqued the interest of many celebrity followers on social media, who are inquisitive about the significance of the award while evaluating their nominated favourite celebs, as many of them are only now learning about it. This article is intended to provide some information to people who are interested in learning more about the award.

Apparently, it just held its first edition in 2021 promoted as an annual virtual award event that involves netizens casting their votes for the nominees to select the right winners in each category after which the award event will be held and winners announced with award trophies to be delivered to the winners. According to the theme of the award show, it was created to celebrate and give credence to the most influential and exceptional personalities in the field of art/entertainment annually.

The organiser Nubia Magazine! seems to have grown to become a platform where fanboys and fangirls go to read ranking listicles and flattering pieces on their favourite celebrities, I find that it is very popular in the online celebrity/entertainment scene, even though the publication does not only focus on entertainment and celebrities; I can also see that the platform is somewhat popular amongst K-pop fans, as some of their articles recurrently cover K-pop. Several contentious pieces have appeared on the platform, mainly ranking celebrities based on their popularity, abilities, or wealth. I became a reader for their interesting ‘Top 10’ articles but the platform seems to be expanding wider with the global opinion surveys for naming titles like “The Most Handsome Man In The World” and the recent GNAs 2021 award event which seems to have captured a lot of interests.

The title “World’s Most Handsome Man” was given to Korean singer Kim Taehyung by Nubia Magazine earlier in October after running a global survey poll which ran for five months, a title announcement which also captured a lot of interests, a total of 20 celebrities of different nationalities were nominated and the nominee with the most votes was given the title with a certificate for the title set to be delivered to the winner, even though the publication claims to have contacted the management of the winner it was never confirmed if the winner Kim Taehyung received the certificate.

The recent Global Nubia Awards ceremony has fans wondering if their favorite celebrities that won have gotten the accolade. The award show, which featured Actors, Athletes, K-pop, Global Artists from several parts of the world, including China, and public figures from most continents, drew a lot of attention, with celebrities such as popular Turkish actress Hande Ercel delivering a thank you message on Twitter after the event was live-streamed on the magazine’s website. Lionel Messi, Olivia Rodrigo, BTS, Xiao Zhan, Khaby Lame, and many others are among the winners. 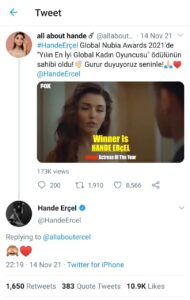 The question is can we classify this new award event by Nubia Magazine! notable? It is definitely popular now with a wide reach on social media, with award clips posted on Nubia Magazine’s Twitter accounts garnering hundreds of thousands of views and millions of views on TikTok classifies the award show as popular, but we have not seen news of said awards delivered to the respective winners even though the organisation claims to have reached out to respective winners after the announcement. As for notability, I will make my judgment when I see reports of the award plaques and trophies being received by the winners, I must say that some of these celebrities can be hard to reach though. I am eager to see what Nubia Magazine! does next year in proving the notability of their GNAs award event. Based on my findings online I could see the publication has been acquired by a new UK media company startup that plans to push the platform to new heights, so, maybe the Global Nubia Awards next edition will prove to be more notable.